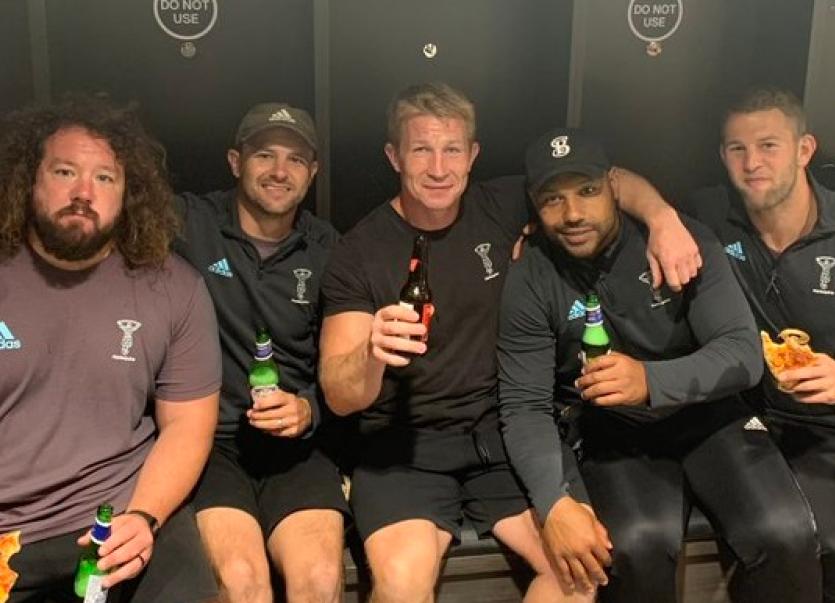 'Quins appeared dead and buried when trailing 28-0 down after just 28 minutes. However, they produced an incredible fight back to win the mammoth semi-final 43-36 in extra-time.

It was the biggest-ever comeback in Premiership history - surpassing Harlequins' own from 40-13 down to beat Wasps 42-40 in September 2012.

Quins will play Exeter in the final at Twickenham next Saturday, with the defending champions seeing off Sale 40-30 in Saturday's second semi-final.

Flannery retired from playing in 2012 after an impressive career with Connacht and Munster before winning 41 caps for his national side between 2005 and 2011.

After hanging up his playing boots, Flannery turned his hand to coaching, first as a strength and conditioning coach with Premier League football team Arsenal from 2013-14 before being recruited as Munster’s scrum coach by the late Anthony Foley in 2014, going on to become the Irish province’s forwards coach in 2017 before leaving his former club last year.

The biggest-ever comeback in #GallagherPrem history!

From 0-28 down, to a place in the #GallagherPremFinal

Take it away, @Harlequins... pic.twitter.com/bthZUxRHen