Opinion: 'No silverware but some positives from the league' 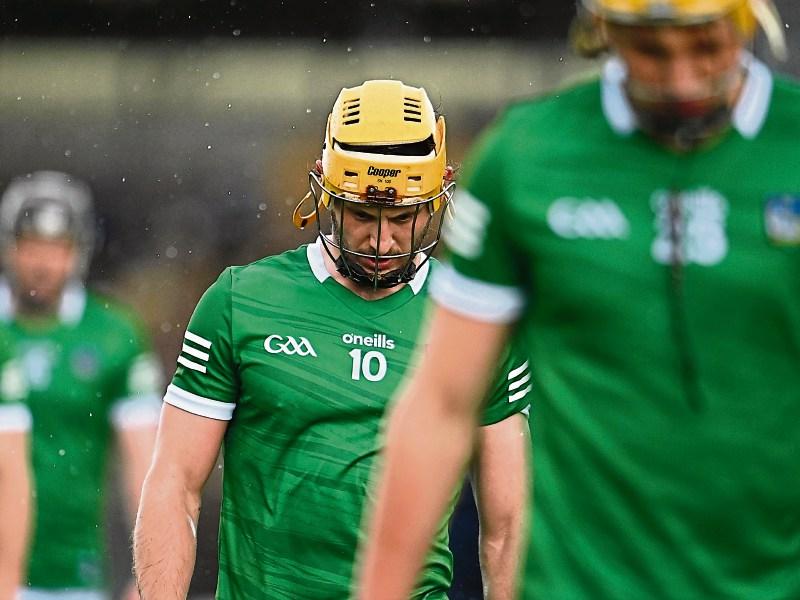 Nonetheless 2021 will have served it’s purpose for John Kiely and his management team.

No one will say so publicly but the only silverware that was ever going to matter to Limerick this season will be on offer in the championship.

Under John Kiely Limerick have always shown the league the utmost respect but the time scale and circumstances of 2021 made this season’s league all about preparing for July 3 and hopefully an extended championship run.

Limerick entered this season with a 38-man panel – Mike Casey not a league option due to his recovery from a cruciate ligament injury.

WATCH: John Kiely's post-match reaction as Limerick roar back with victory over Cork

Just 22 of the panel have started a senior inter-county championship game with another four that also have championship minutes under their belt.

That leaves 12 players who haven’t played senior championship hurling and most have yet to be involved in a championship matchday squad. All bar two of those 12 players have seen league minutes to-date and that’s ahead of Westmeath where further experimentation is most likely.

John Kiely and his selectors will pretty much know everything that they need to know about the 22 players that have previously started a championship match. What they will have searched for is someone putting their hand up to try and break into his group.

I’m not sure anyone outside this group of 22 has knocked the dressing room door to such an extent that they are demanding a jersey but a few have earned valuable experience – including four who started league games for the first time; Brian O’Grady, Mark Quinlan, Cathal O’Neill and Colin Coughlan.

When July 3 in Thurles comes around against Cork Limerick could very well select a matchday panel of players all with previous championship experience but I feel the backroom team will be hoping to include one or two fresh faces to ensure all stays fresh. The fresh new league starters, Aaron Costello and Robbie Hanley all coming into the reckoning.

In terms of the starting team I see 18 already with their hands up for inclusion – the All-Ireland final starting team plus Richie English, Peter Casey and David Reidy. It would appear seven options for six defensive roles, three options for two in midfield and nine options for attack. I say nine in attack because at this stage last year Kyle Hayes was still a centre forward and one wonders could a reverse switch happen.

There is always room for a ‘bolter’ and with 20 other players, opportunities aplenty. Importantly it will be in-house games and training in the final three weeks which will shape the thinking of management and these are the sessions that none of us will see except the watchful eye of those entrusted with attempting to win Limerick’s first ever back-to-back All-Ireland SHC titles.

And trust all involved in the current Limerick senior hurling camp we should.

I wrote from the off-set how I expected patience to be necessary for this league and that’s how it has transpired.

Yet “Another defeat on the way. Chopping and changing the team isn't good. Cork by 6 to 8 points” and “They obviously aren't bothered about this match whatsoever. Get it out of way and prepare for championship” were comments that greeted the Limerick team announcement ahead of the Cork tie  – a game where Limerick scored 33-points, hit 20 wides and won by eight points.

Time now for Westmeath and fingers crossed injury free to retreat into championship mode for three weeks before reappearing on July 3.