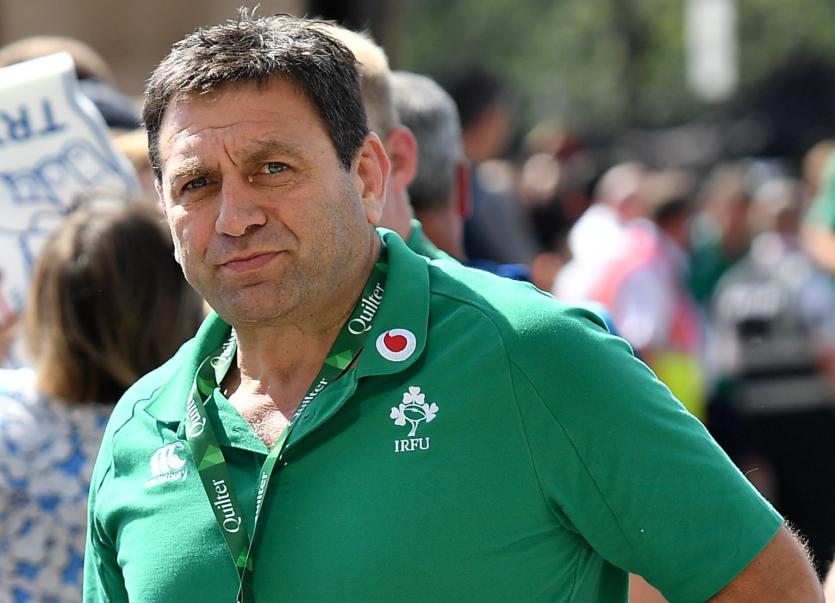 With the exception of a short period when the newly-created Energia Community Series was played last autumn grassroots rugby action has been effectively on ice since Covid-19 took its grip on the country in March 2020.

Despite the severe nature of the disruption suffered by the domestic game over the past two seasons, Nucifora is confident it can continue to thrive over the next few years.

“Club rugby has a really important part to play. The fact that our players haven’t been able to play in club rugby for the last 15 or 18 months really hurts everyone. It hurts the clubs, it hurts the players, the development of those players.

"That has a knock-on effect to the provinces because the players aren’t getting the amount of game time that we’d like them to get,” Nucifora explained in a media briefing on Wednesday.

“Just for the game in general, for people who aren’t aspirational but just enjoy playing the game, we need to have the club game reopened and started again because people’s engagement and attachment to the game happens through the clubs primarily.

"I know it’s been unbelievably tough for them being shut down for that long.

“But I do know in speaking with Collie (Colin McEntee, IRFU Director Of Rugby Development) that the engagement with the clubs has been really good during the shutdown period. They’ve done a lot of work online with the clubs to keep and stay engaged with them.

️ In his media briefing on Wednesday, IRFU Performance Director spoke at length about the domestic game, and its importance within the Irish Rugby landscape ⤵️#ShoulderToShoulder #EnergiaAIL #PositiveEnergy

“I know since the opening of the club game has been announced that the report back from the clubs and to me via Collie is that things are actually going really well and people are unbelievably enthusiastic about getting up and running again.”