Where has the beautiful game gone? - Eoin Hand 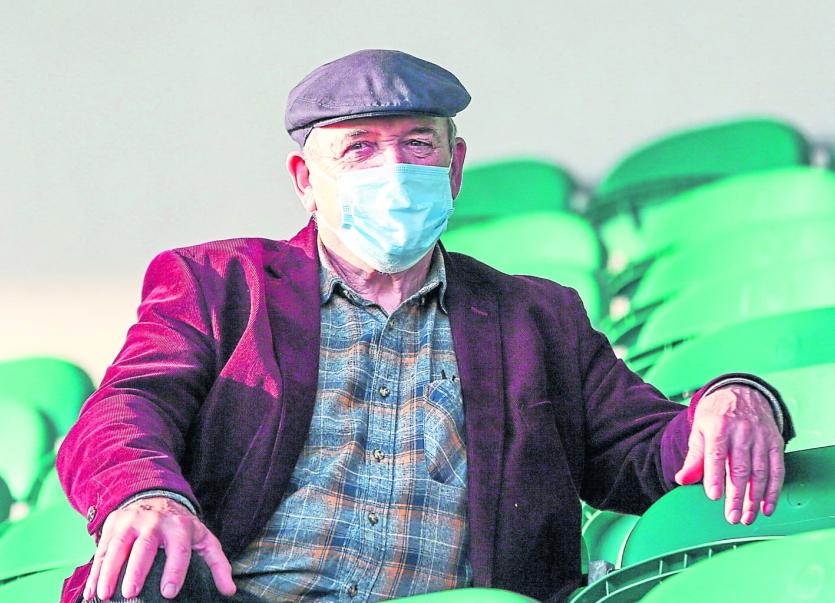 THE mass exposure of T.V. Football has highlighted some serious problems that have evolved over the past few years, in my opinion.

Thankfully our Domestic Leagues have, by and large, remained true to sporting principles despite the historic leadership and lack of support. “The Beautiful Game” is at a crossroads.
The disgraceful recent episode, re the formation of a Super League, has merely highlighted the way overseas club football has evolved and deteriorated.

The foreign, mega-wealthy, owners have no interest in anything other than profit making and thankfully this has been exposed.

However, there is the darker side to all of this - such ambition meant, in their minds, that success must be achieved by employing mainly foreign Managers/Coaches.

This in turn has resulted in ‘buying’ the best available mature players globally.

The F.A. has facilitated this approach which in turn has generally rendered the nationwide Academies non-productive. The player pathway for aspiring young footballers has been, by and large, blocked.
This means that the production line for home bred international sides has been severely weakened. Hence, the dearth of top division players for the home countries.

In my opinion, the other sinister side to all of this change has led to there being little integrity left in our sport from what we see on T.V. broadcasts from the U.K.
I’m finding that the more I watch Premier League matches - plus others –the more I’m disappointed - rather disgusted!

I have no preference with individual clubs because I’ve been employed with football at all standards all my life – both as player and manager. I simply prefer the team that deserves to win in a sporting manner.

My time in Limerick holds special memories as this was my first opportunity in management. I’m so pleased to remember that a wonderful group of players were prepared to accept my ideology and methods.

We worked extremely hard and achieved great success, but always in a sporting manner.
Senior football in Limerick has gone through a difficult time and for this reason it was nice to be invited to attend a newly formed Treaty Utd side playing a game against Cork City.

The match was a good example of two sides giving their all - but in a sporting way. Soccer lovers in Ireland would do well to support their local teams that represent their communities nationwide.

Sad to say, the overseas game has deteriorated when the mantra is “win at all costs”

I fully comprehend that with the influx of so many different cultures and styles the Premier League has become the most watched globally.

However, there has to be a responsibility with this. The examples that we witness constantly are sending out the worst message possible. Where has integrity gone?

Competitive sport is a great educator for our young; it teaches them about team spirit, adversity, challenges, acceptance of disappointment, discipline and the will to succeed.

Angered, I felt I had to do something – anything: Nearly every game provides examples. The difference is that now the referee and the dreaded VAR ‘justify’ what is happening.

To my mind this brings the whole fiasco up to a higher disgraceful level. Some time ago I watched a schoolboy match where the coach encouraged this activity.

He was screaming at the youngsters to “go down” whenever they were in the opponents penalty area. I was incensed – I approached this ‘Coach’ to remonstrate with his ‘demands’. I got a very negative response. This is happening frequently

There is also my observation and comparisons with other sports. When do you see players surrounding and abusing match officials? Not in rugby, tennis, golf, Gaelic Games - maybe to a small degree in some, or not at all.

These sports have, over the years, introduced deterrents. We must follow this example and respect officials. In football we witness the opposite. With this culture of ‘simulation’ and ‘diving’ the referee’s task is very difficult.

Of course modern technology, e.g. VAR can provide clarity but is does not seem to be of any great help presently – rather more confusing. In my opinion VAR should only be used for the big decisions – i.e. ball over the line or clear offside.

Let the three officials do their job and let the game flow. If VAR is consulted surely it would be beneficial to have people with well respected playing and managerial experience to assist and adjudge.
It is a problem that must be addressed from the top down to the individual clubs and managers. Penalties should be introduced for any abuse of the spirit of the game. Go as far as deducting points upon reaching various counts of yellow and red cards.

The referees would then have to penalise any of the aforementioned breaches i.e abuse, simulation and diving by showing cards and perhaps introduce the sin bin.

This would surely encourage the ‘teachers’ of the game to instil in players the necessity of winning fairly and in a sporting way. We in Ireland have an opportunity to set a good example for this.

The F.A.I. are thankfully now being led by good people who have been entrusted with a difficult but achievable task. A National Academy is an obvious necessity that should have been in situ for a long time.

Then top coaches would show the way to elite players and their club coaches. There would be a massive benefit for the standards in our domestic league.

This was the successful model for countries such as Norway, Holland, Belgium etc. The present situation provides a real opportunity in that the only way is up for those want reform.

What is outlined in this article demands positive actions with some harsh remedial measures – but is this not the way to treat an epidemic?