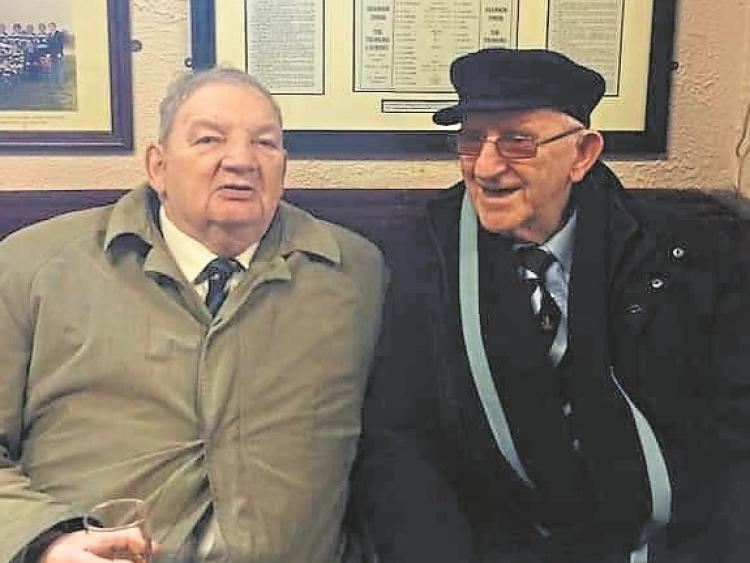 The late Br Austin Turner pictured at Thomond Park in November 2014 with the late Michael Noel Ryan, who captained the first Shannon team to win the Munster Senior Cup in 1960

The late Austin Turner, later Bro Alberic, was aged 92 when passing away last week. He was the first Life Vice President of Shannon RFC.

"Shannon’s success at this time can be linked to his innovative contribution to underage rugby, both with St Marys Boy Scouts and in the club.

"In 1984 Past Club President and Senior Cup winner Bob Keane wrote of his cousin Austin: 'The early nineteen forties was a lean period for Shannon. It was in the mid- forties that a Shannon underage player with foresight, not to mention a great love for the game of rugby, started young boys playing rugby in the Parish at Under 12 and 14 years of age which was unheard of at the time. The man in question was Austin Turner, later Bro. Alberic of the Cistercian Order.

"He arranged games with various colleges around Limerick and further afield.

"These boys were to form the nucleus of Shannon teams that won seven Juvenile Cups, five City Cups and also six of them won Junior and Senior Cup medals with Shannon.’ These players would become the backbone of Shannon’s first and most famous Munster Senior Cup winning side of 1960 Austin (92) always wore his Shannon jersey under his religious attire and will be buried wearing the black and blue.

"Tadgh Crowe will miss phoning Austin with the post mortem after every Shannon senior game. He is the last of his era and will be sadly missed by his many cousins, relatives and friends in Shannon RFC. We will not see his like again."