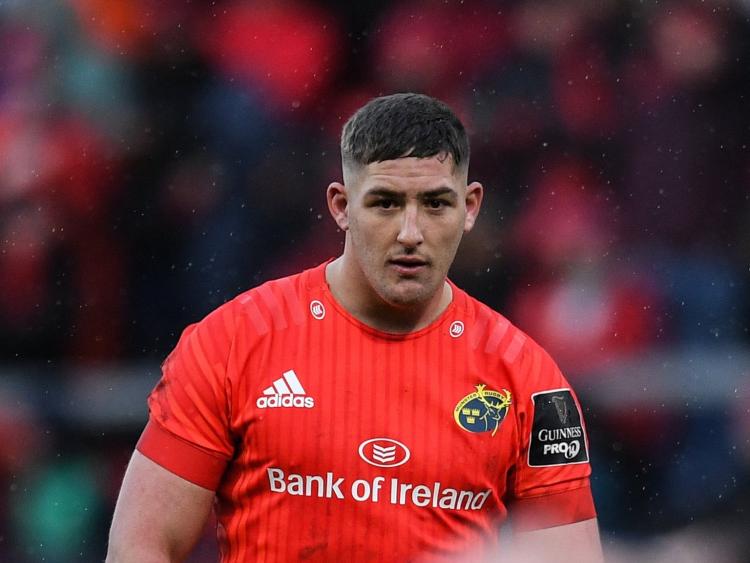 Munster centre Dan Goggin is facing a spell on the sidelines

THE Munster squad returned to the High Performance Centre in UL today to resume their training programme ahead of this Friday’s interpro Challenge game against Connacht Eagles and to commence preparations for the next block of Guinness PRO14 games.

After spending some time with the national squad last week Gavin Coombes has returned to Limerick to train with his provincial colleagues.

On the return of the squad the Medical Department have also provided the latest update.

Limerick centre Dan Goggin underwent surgery last Thursday for a hand injury sustained in the victory over Benetton at the end of January. The centre will now undergo rehab with an expected return to play in 7-8 weeks.

Roman Salanoa, a late withdrawal from the same game after suffering a back injury in the warm-up, returns to training this week.

There is positive news for James Cronin also as he joins training this week after rehabbing a knee injury.