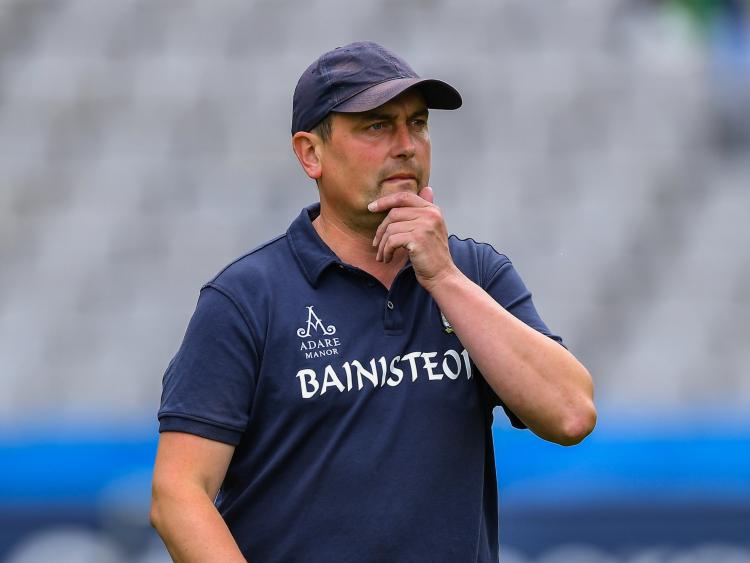 Diarmuid Mullins, who moves up to take charge of the Limerick U20 hurlers in 2021

THE management teams for both the Limerick minor and U20 hurling sides have been confirmed for 2021.

As revealed in the Limerick Leader in recent weeks, successful minor hurling manager Diarmuid Mullins is moving on to take charge of the county's U20 side this year.

Mungret St Paul's clubman Mullins, who lead Limerick to back-to-back Munster minor titles in 2019 and 2020, is joined in his backroom team by coach-selectors Tommy Quaid, of Effin, John Meskell, of Ahane, and Richie Flannery.

Na Piarsaigh's Darragh Droog will be the strength and conditioning coach with the U20 team.

Meanwhile, the Limerick minor hurling manager for 2021 is another Mungret St Paul's clubman, Kevin O'Hagan. He is joined in the backroom team by coach-selectors Liam Hammersley, of Cappamore, Liam Reale, of Hospital-Herbertstown, Mark Keane, of South Liberties, and Ger Barry of Killeedy.

Darragh Droog will also be strength and conditioning coach to the minor hurling side in 2021.

All have been involved with Limerick Underage Academy teams in recent seasons and are well known coaches across the county.

As well as their work at Limerick Underage Hurling Academy level, most have experience of club management at Limerick SHC level.

The new management team's were ratified at a Limerick County Board meeting on Tuesday night which was held on-line.