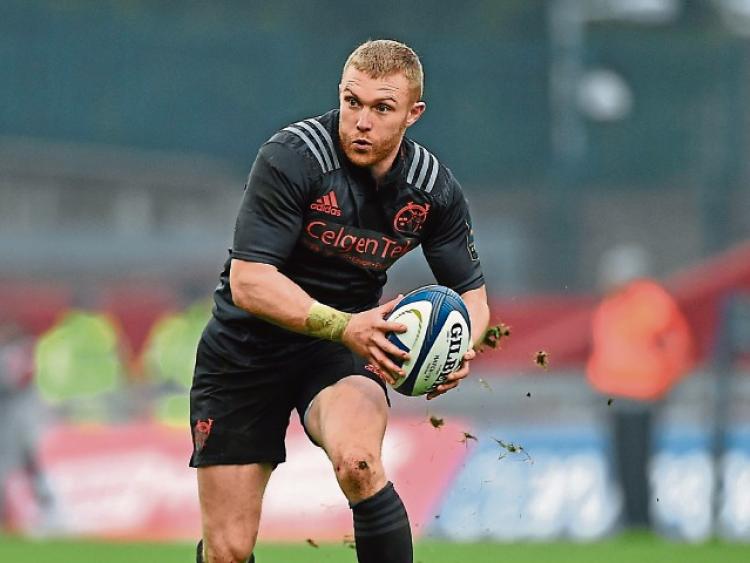 Keith Earls will start on the wing for Munster in Saturday night's PRO14 clash with Connacht in Galway, 7.35pm

THE Munster team has been named for Saturday’s Guinness PRO14 game against Connacht at the Sportsground (7.35pm, live eirSport and TG4).

Head coach Johann van Graan has made a number of changes from the starting XV which lost narrowly to Ulster last time out.

In the front row, James Cronin returns to the side after successfully rehabbing an abdomen injury and he is joined by Kevin O’Byrne and Stephen Archer. Cronin is set to make his 100th Guinness PRO14 appearance on Saturday.

In the half backs, Conor Murray and JJ Hanrahan renew their partnership alongside Damian De Allende and Chris Farrell in the centre.

Shane Daly, who is the only player to retain his position from the Ulster game, starts on the left wing. Keith Earls takes up the other wing spot and Mike Haley slots in at full back.

There are two Greencore Academy players named amongst the replacements; Josh Wycherley and Ben Healy.

Fineen Wycherley is set to make his 50th appearance for Munster if sprung from the bench.