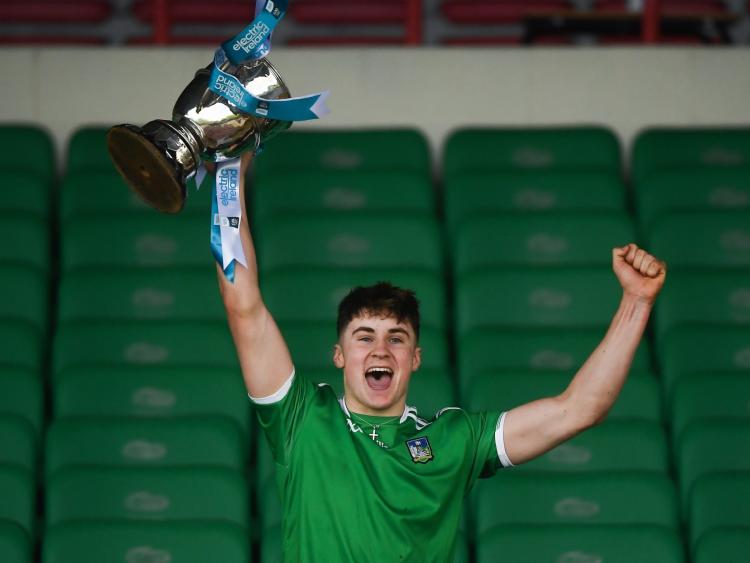 The final score in the LIT Gaelic Grounds was Limerick 2-22, Tipperary 0-25.

It's a second ever back-to-back Munster MHC title for Limerick and a ninth ever crown at this grade.

It was a 1-9 to 0-10 lead for Limerick at half time - it was an opening 30-minutes when the teenagers in green were backed by a gentle breeze.

Tipperary made the early running and had three points scored before Limerick opened their account in the sixth minute.

Five successive scores mid-way through the half had Limerick ahead.

Shane O'Brien had three points from play to help Limerick ahead for the first time in the 16th minute, 0-5 to 0-4.

Just after going ahead, Limerick put daylight between the teams when Patrick O'Donovan finished well from close range.

Liam Lynch frees kept the scoreboard ticking over and it was 1-9 to 0-8 to the home side but with five minute of injury time to play.

Tipperary hit three of the final four points to leave just two points between the teams at the break.

On the resumption Limerick returned the lead out to four points with three successive frees from Liam Lynch.

But that was Limerick's lot in the game's third quarter and soon a 1-12 to 0-11 lead was over turned.

Then came five unanswered points from Tipperary into the second half water break. That had the Tipperary 0-16 to 1-12 ahead with two David Fogarty points among their tally in this period.

It was captain Adam English that ended a barren spell for Limerick and indeed had the first point from play for the home side and 21-minutes gone in the half.

Tipperary hit back but sub Eoin Harmon then found the net after a lovely flick across the goalmouth by English.

Tipp again levelled and then in the final minute it looked like Patrick O'Donovan could have won it for Limerick.

Alas, Kenny Lee tied up the sides for the fourth time in injury time to force extra time.

Tipperary did have the ball over the bar with the last puck but it was called back with a linesman flag up earlier in the move.

In extra time Limerick went up another gear.

They had four points scored before Tipperary found the range.

Adam English had three points from play in the 10-minute period as Limerick brought a 2-21 to 0-22 lead into half time in extra time.

In the second 10-minute period Josh Keating was the only Limerick scorer but there was no late dramatic goal from Tipperary to force the final into a penalty shootout.