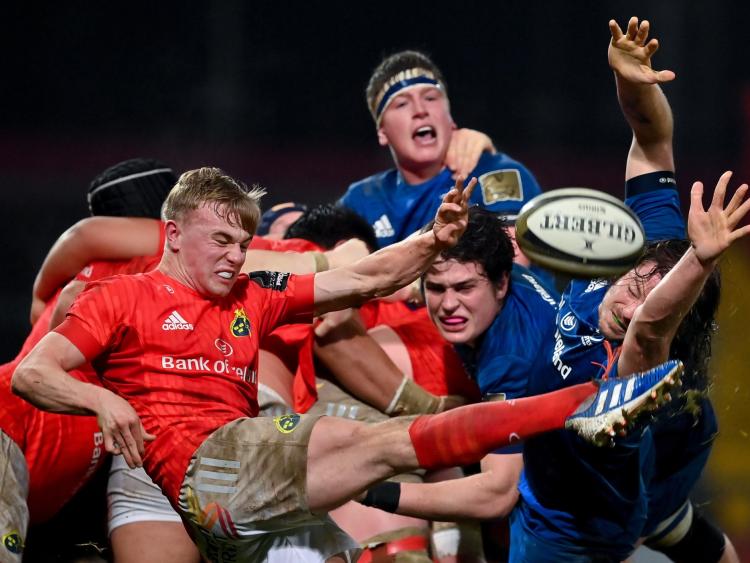 MUNSTER 'A' recorded am exciting 34-25 victory over Leinster 'A' on Friday evening, scoring four tries at a wet and windy Thomond Park.

It was a good response from the Munster A side who had fallen to a 22-10 defeat to Ulster A at the Kingspan Stadium six days earlier.

A mix of senior, Greencore Munster Rugby Academy and club players featured for Munster A with a panel of 24 players getting game time.

Brothers Jake and Alan Flannery, of Kilfeacle RFC, started in the centre for Munster.

Although there were opening half tries from Thomas Ahern and Darren Sweetnam for Munsetr, it was Leinster A who led at the break with a five point advantage at 22-17.

Munster then added second half tries from a maul try finished by captain Diarmuid Barron and a Liam Coombes intercept.