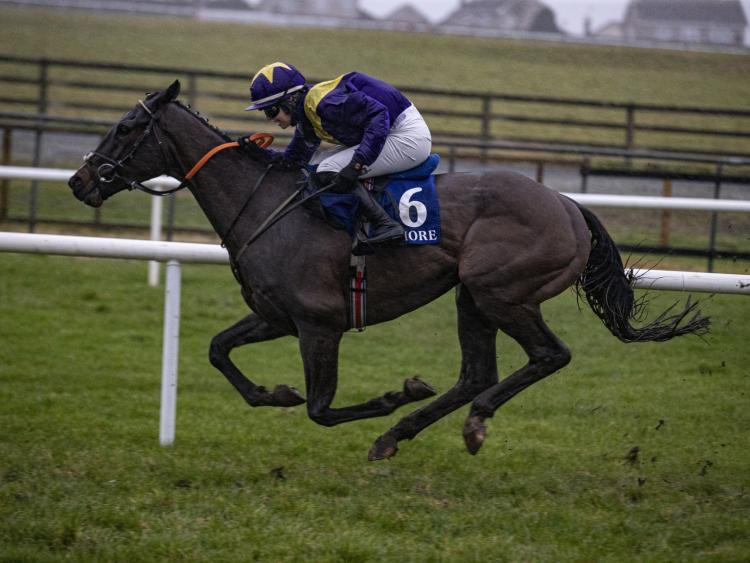 AN hour after his Se Mo Laoch finished runner-up to the Oliver McKiernan-trained Unexpected Depth in a handicap hurdle, Brian McMahon made it into the winners’ enclosure as Hoke Colburn took the 2m4f handicap chase at Punchestown on Tuesday of last week.

And this time McMahon had McKiernan back in second place as the On The Green Syndicate’s eight-year-old beat Chief Of Police by two a half lengths under Phillip Enright. McMahon said, “The On The Green Syndicate are an awful enthusiastic bunch of owners, they are just back golfing this week so to throw in the winner as well is mighty!

“His jumping is his forte and that was brilliant as he was a little unlucky at Clonmel and things didn’t go to plan at Fairyhouse the last day.”

Aine O'Connor took the bumper and caused a bit of a surprise when doing so. She partnered the Shark Hanlon-trained Teescomponentsyess as he got the better of the Henry de Bromhead-trained even money favourite Kings Keeper by an easy three lengths at odds of 28/1, easily the longest-priced winner of the afternoon.

Ballingarry trainer Richard O’Brien landed a double at Dundalk on Friday where he shared his winners with Ronan Whelan and apprentice Scott McCullagh.

One of four winners on the night for Ronan Whelan, Unchartered took the second division of the 8f maiden at odds of 10/1 and O’Brien’s double was completed when 50/1 outsider Irish Acclaim won the concluding 6f handicap under McCullagh who got the better of his father Niall on the Aidan Howard-trained Miss Jabeam by three-parts of a length.

Athea’s Eoin McCarthy was on the mark at Fairyhouse on Saturday where the Kevin Brouder-ridden Mattie’s Mountain won the 2m handicap hurdle.

The Denis Enright-owned five-year-old battled well to see off Dont Go Yet by three-parts of a length, justifying strong market support that saw him go off the 9/4 favourite.