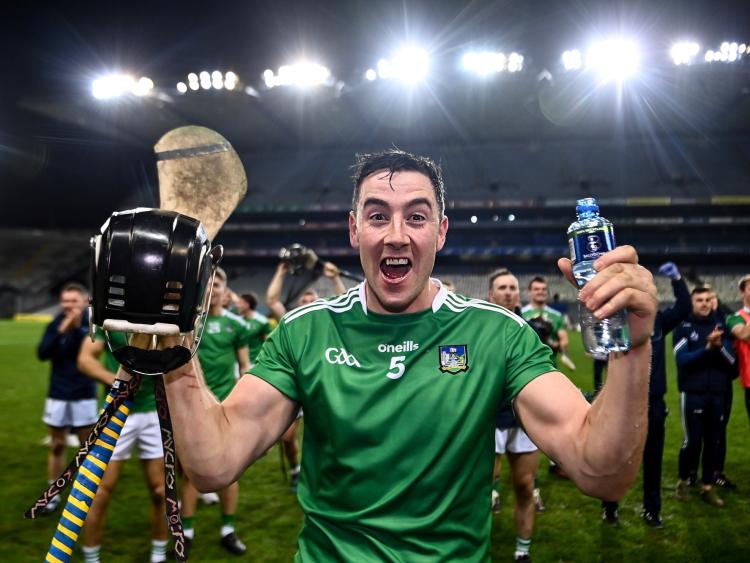 THIS one is for the supporters beamed Diarmaid Byrnes as Limerick returned to the top of hurling’s pecking order with a sparkling final victory over Waterford.

But the Patrickswell ace promised perspective.

“We are off on the train now and get some food downstairs that is the next thing.We will get back to Limerick then. We are still in level three and we understand that too. There are a lot more things, more serious than this happening outside the game too,” he stressed.

“​When you are playing like this you just want to go out and win as much as you can. We have won twice now in each tournament (League and All-Ireland) are they are the things we want to win. We want to win more as team,” he smiled.

“I would think so. I think our execution around the middle was excellent. The lads were unbelievable up front and they were extremely clinical,” said the wing back.

He felt that the experience of 2018 did stand to John Kiely’s side.

“Waterford had their homework done on us and they were going to throw everything at us. Our execution might not have been perfect, but the lads up front for us were exceptional today.

Limerick were three points ahead by half time but never allowed Waterford to gain a second half footing and pushed nine points clear within minutes of the restart,

“When you come out after half time you want to give a kick like that and we would want to be doing the same. In the Munster final, they got the scores, and we didn’t, so we were just more clinical today,” he explained on the steps of the Hogan Stand.

Byrnes was loud in praise of the organisational skills within the Limerick camp that allowed all focus on their on-field display.

“It was a different challenge and we just embraced it. Fair play to John Kiely and the lads. They had everything right. As soon as we crossed the white lines, they trusted us to get the job done. It worked both ways.”