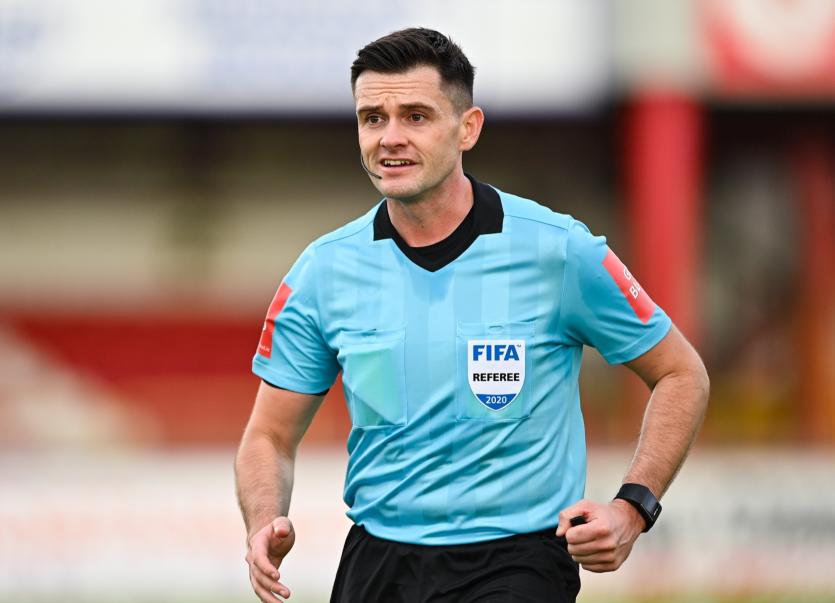 LIMERICK referee Rob Hennessy is to take charge of a UEFA Europa League tie in Turkey this Thursday evening.

It's just the second time ever, two Irish teams will be represented in the UEFA Europa League on Thursday evening.

In Istanbul, Hennessy will lead an Irish team of officials in the tie between Qarabag and Maccabi Tel Aviv.

Rob Hennessy takes charge of his first match in the UEFA Europa League group stages, and will be assisted by Allen Lynch, Emmett Dynan and Paul McLaughlin in the Basaksehir Fatih Terim Stadium.

"I’m delighted to have been selected to officiate in this game alongside Allen, Emmet and Paul. It’s always a great honour to represent our country and this appointment is testament to the hard work and commitment shown by each of us through a challenging year," Hennessy told FAI.ie.

He has refereed in the Limerick and Clare schoolboy and junior leagues.

In 2017, Hennessy was selected on the FIFA International Referees panel for the first time.

“I started refereeing in small sided games when I was 14, I sat the beginners test when I was 15 and then when I was 16 I registered with the FAI. We have local observers who give you advice and instructions to try and improve," he recalled in a previous interview.

"After that I was invited onto the School of Excellence which operates under the guidance of Ian Stokes and he does a really good job of helping referees to develop and fulfill their potential. From there you get put on the panel and then you are looked after by the Elite Referees Committee and they’d appoint observers to look at us and run workshops at regional and national level which helps us progress," he explained.