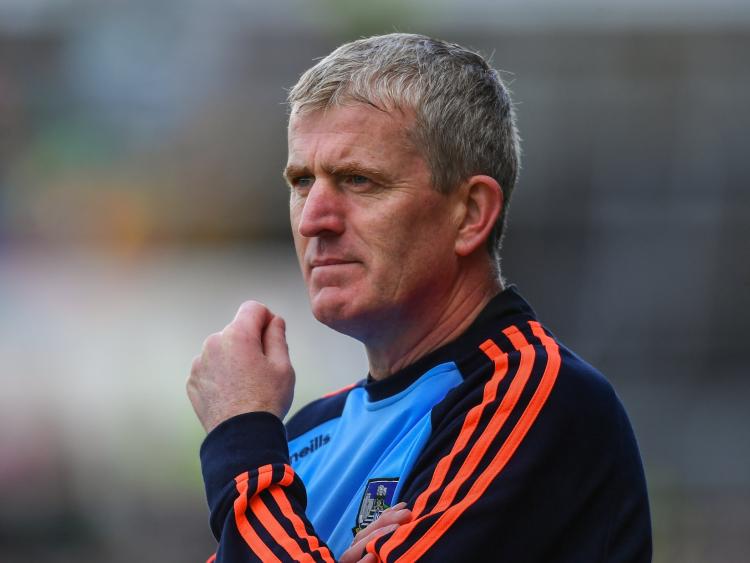 JOHN Kiely leads the Limerick senior hurlers into championship action for the 20th time this Sunday.

Days before an All-Ireland SHC semi final, the Galbally man isn’t going to dwell on the games across the last four years.

Nor is he concerned with defeat this time last year at the semi final of the Al-Ireland against Kilkenny.

“Having time to reflect on last year and think how did that go, or this go, you just get on with it - 2019 was 2019 and 2018 was 2018 and this is 2020 and all that is really important right now for us is next Sunday,” stressed the Limerick manager ahead of Sunday’s clash with Galway.

“For us the past is in the past - if that’s what someone else wants to engage in and have reflective thought on previous games or previous championship that’s fine but that doesn’t put any stead on 2020 and Sunday."

He explains: “What stead did Tipperary not having won a championship in Munster for 85 years have? None. What stead did Cavan not having won one for 25 years have? None. It’s down to the team that really wants it on the day and that’s all that matter and that’s all that matters next Sunday and what happened in the last two years or 30 years isn’t going to have any bearing on the result, what matters is how we perform and how we work as a group together in terms of determining our own fate”.

“You can’t look beyond Sunday - that’s the way it is. If you start to think beyond Sunday, you are going to get distracted. For us this is a huge huge challenge and one that requires us to be extremely focused and to produce a quality performance to get through,” stressed Kiely.

”If you look back at the semi finals of the last three years - there has only been a puck of a ball between any of the teams at that stage of the competition. It’s all about survival and getting yourself as right as you can to produce a performance as best you possibly can.”

Standing between Limerick and progress to an All-Ireland SHC Final are Galway.

“It doesn’t necessarily mean an awful lot other than we know who we are playing. We knew we were in the next round and that we had to improve again from the last day in order to be competitive. Bottom line is that we are motoring on and continuing our preparations. We have a bit more detail now at least that we know who we are playing and can make arrangements around that,” he said this Monday.

“They played really really well and controlled the game for long spells. They got some great goals and showed a lot of composure and experience in that last quarter in terms of being able to see the game out and they got the big scores when they were required. It goes without saying that we know this is a huge huge challenge for us on Sunday. They came through that game with a lot of confidence I am sure and obviously they will bring that into the game next Sunday so we have got to go and get our preparations right and make sure we produce a performance much much better than we did the last day.”

What of the Shane O’Neill factor?

“You can never know enough about players so whatever you do know can always be of an assistance to you. I know Shane would have worked very closely with the Na Piarsaigh lads but likewise our lads worked closely with Shane for that period of time - one trades off the other,” said the Limerick manager.

Limerick do arrive into Croke Park with an extra week’s preparation.

”Absolutely beneficial - there is no doubt about that. Ultimately you have got to make that count on the day. No point having that ability to have a better preparation coming into the game but you must make it count on the day and that’s the challenge for us to put that work to play next weekend.”

In this Covid-19 times, a journey to Croke Park presents a new set of logistical issues but a welcome challenge stresses the Limerick manager.

He added: “There is a great sense of satisfaction that the championship was realised and I know there were times during the year when we were afraid it might not happen at all so we are very fortunate to be able to play and participate - to have come this far has been a great achievement but we want to keep focused on the next hurdle and the next challenge and that’s comes next Sunday and it’s going to be a massive challenge.

“We have to focus on that and put our best foot forward”.

There is no change to the current limit of 26 players allowed into the stadium, so Limerick are Dublin bound without 10 of their panel, despite recent appeals from Kiely and other inter-county managers.

”The unity that is involved in these groups is not unique to us - it’s in every group. The level of commitment and dedication and professionalism that the players bring to their daily lives around being a member of an inter-county panel is all encompassing and for them to be home watching with their parents or partner is a very difficult place to be.
“It’s hard to feel valued when you are at home,” stressed Kiely of his entire 36-man panel of players.