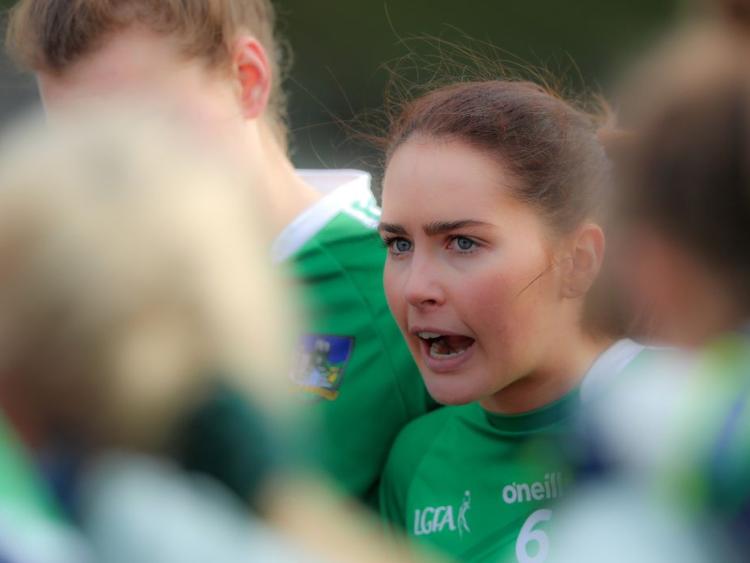 BACK in 1998 Galway's All-Ireland SFC win was captured in the 'A Year 'til Sunday' documentary.

For Limerick Ladies Football captain Niamh McCarthy this is very much the case ahead of Sunday's All-Ireland semi final.

Dromcollogher-Broadford sisters Niamh and Medbh McCarthy were among those to attend and to impress sufficiently to secure a call-up to the new panel.

A full year later the duo have been the central spine of the Limerick defence enroute to Sunday’s TG4 All-Ireland Junior Ladies Football Championship semi final against Fermanagh.

“I played all the way up along underage and in 2014 I was 18/19 and played corner back. I actually had a car accident then that ruled me out for the following years. I would have looked at the girls in 2018 and wondered how great it would be to be part of a panel like that. With 2020 being all about womens sport I thought to myself that I would give it one last lash,” recalled Niamh McCarhty of the November 2019 trials.

”I just decided to have a crack of it. Myself and my sister Meadbh were talking at home and just said we would go for it,” she said.

“Considering the year that it is, it has been a fantastic year for me with club and county. We were incredibly lucky at club and county level in that our management structures were changed up a small bit and luckily enough we are on a winning streak - I don’t want to curse myself but to-date I haven’t lost a championship match in 2020 and hoping to carry-on,” Niamh explains of Drom-Broadford’s county IFC title win.

That was a young Drom-Broadford side – similar to the current Limerick set-up.

“There is strength in youth and can work to your advantage and it’s the same with the county scene - we have introduced a lot of girls at a young age. The profile is young and a couple of the girls are still in secondary college - we are taking it as an advantage to ourselves. They are young but have a lot of experience within their clubs,” said McCarthy.

She added: "They are young but luckily they are winners in their own clubs, schools or colleges".

McCarthy explains that the condensed club championship calendar in Limerick was ideal preparation for the inter-county championship.

”It was such a quick turnaround after the club scene that we have so much football played in a short period of time over maybe six or seven weeks and then straight into the county. There were no easy games in the club scene in Limerick this year and I think you can see that now coming into the county scene,” she said.

It was a Drom-Broadford team included five McCarthy sisters, managed by their mother Siobhan and coached by father Maurice, along with Kevin Noonan and Killian Lynch.

"If I didn’t come out of Knockaderry as a county champion that time, the whole family would have broken down - there would have been no talking or we wouldn’t have been back together by Christmas," said Niamh.

"It was huge for us as a family to get over the line - five of us playing, one sister doesn’t play but she is the camera woman and my brother is 10 and only boy and he is there at every single training session kicking a ball. It was a massive family affair and obviously massive achievement for the club," she recalled.

That four game winning run with their club has now extended into two championship wins at county level.

"Winning is a habit and while we are on a high, they (management) have kept us grounded and it’s important not to get ahead of ourselves. We are after coming out with two wins and two decent wins but we have plenty to work on," she stressed.

"Fermanagh have had success in the past and reached the All-Ireland final last year and no doubt there is hurt there . The girls (Limerick) played them in the league last year and were winning quite well only for them to come back and it ended up as a loss so there is a lot of hurt there from the Limerick side and there are girls feeling that in the panel and that passes on to the rest of us and we know there is something to right for," she outlined.

"We know it will be a massive challenge but also that we have to have belief and confidence in ourselves that we are capable of managing their game and our own game."

Limerick were All-Ireland Junior champions in 2018 but the turnover of players means Sunday's outfit is largely inexperienced at this level.

"The likes of Cathy Mee, Caroline Hickey, Roisin Ambrose and others have good experience from the 2018 campaign and in fairness to them they have passed on a wealth of advise on how to manage everything with more interest in us and even down to people on the street being aware that we are playing in an All Ireland semi final. We just have to stayed extremely focused on the match and really an All Ireland semi final is just another game and we want to go out there and win it as another game and to try and not put as much hype on it as there would be in the environment around us - eat right, rest well, hydrate and just carry out our own match preparation for any other game," said McCarthy who is a teacher in Abbey CBC in Tipperary Town, where her principal is John Kiely.