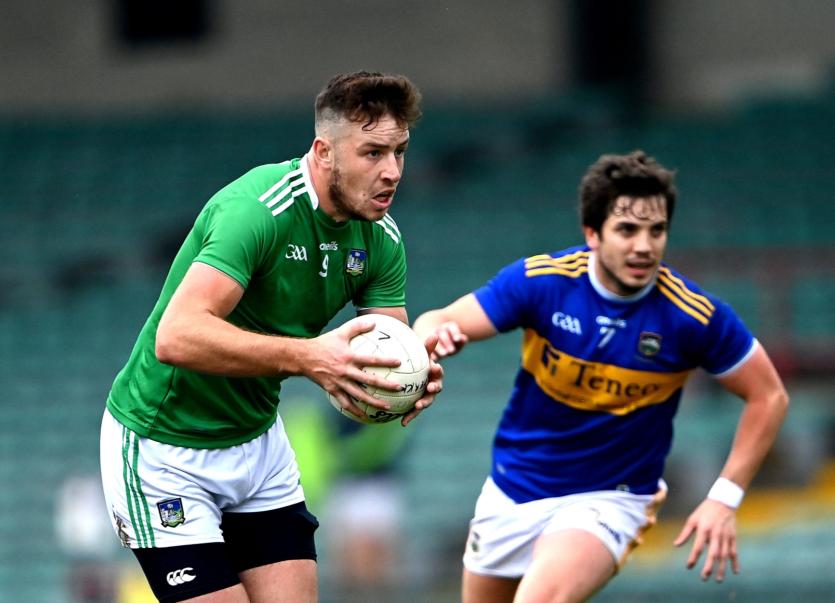 It ended Limerick 2-11 Tipperary 1-15 in the Munster SFC semi final.

Limerick built a seven point first half lead but then saw Tipperary score 1-6 unanswered at the start of the second half.

Billy Lee's men battled back to regain the lead until Conor Sweeney forced extra time with the last kick of the game to tie up the semi final for a fifth time.

Limerick had the aid of a gentle breeze in the opening half and were 2-6 to 0-5 ahead at half time.

It was a half in which Limerick had six different scorers and kicked just four wides.

Tipperary were first off the mark and while the teams were level on three occasions in the opening quarter, Limerick bossed much of the half.

Sean McSweeney and Cillian Fahy were the only scorers from play in that opening 16-minute period.

Both were to have telling impacts in the second quarter with 25th and 31st minute goals.

Tipperary's first score from play came in the 17th minute from Michael Quinlivan and tied up the contest at 0-4 each.

But Tipperary were to score just once more in the remaining 20-minutes of action.

Limerick went 12-minutes without a score but ended the barren spell in style.

Tommie Childs timed his lay-off perfectly to the overlapping Sean McSweeney and the former Limerick FC soccer star crashed to the net for a fine goal.

Tommy Griffin swung over a point to extend that lead before another goal.

This time it was a brilliant diagonal foot pass from distance from Tony McCarthy that found the in-rushing Cillian Fahy and he fired high to the net.

Conor Sweeney ended 15-minutes without a Tipperary point but it was left to Killian Ryan to end the first half scoring an ensure a seven point interval lead for the men in green.

As they have done in recent games Limerick switched Iain Corbett from attack into centre back for the second half.

Tipperary hit the ground running and had three points inside the first 10-minutes of the new half to cut the lead to two scores.

They were to extend that run out to seven unanswered point before the second half water break.

Limerick now had four substitutes introduced and finally in the 22nd minute of the half came a score for Billy Lee's men - Darragh Treacy pointing.

That made it a one point game with over 10-minutes to play.

Just inside that final 10-minutes a Hugh Bourke had the game level for a fourth time with his second pointed free - 2-8 to 1-11.

Just as the fourth official held the board to signal five minutes of injury time Cian Sheehan lofted over to put Limerick back in front - he became the eighth Limerickman on the scoresheet.

There was time for one final dramatic act - Conor Sweeney ensuring extra time with a last gasp free from on the sideline - 2-9 to 1-12.

There was to be just one score in the first 10-minute period of extra time - Liam Boland with a Tipperary point.

Then goalkeeper Donal O'Sullivan edged Limerick back in front with a '45 - alas the lead was short lived with Robbie Kiely hitting back for Tipperary.

In the final seconds came the winner - Brian Fox for Tipperary.

There was a last gasp shot from Seamus O'Carroll to force penalties but it was to be one of 11 Limerick wides.