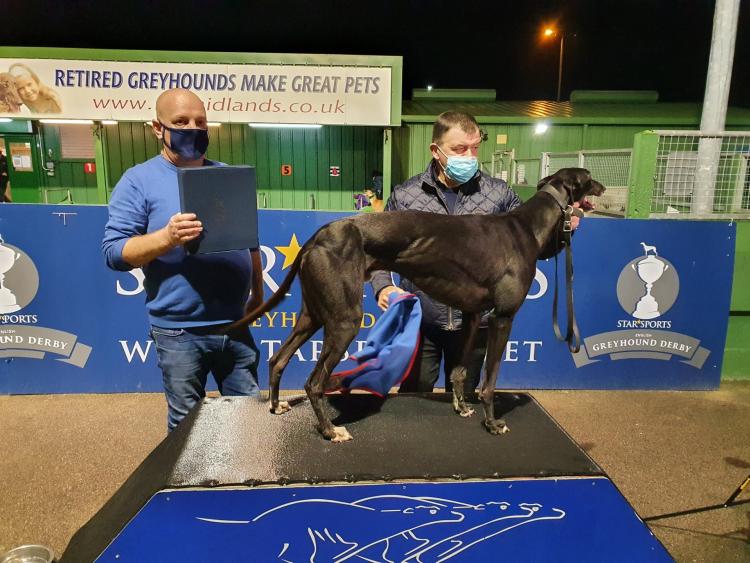 And, all three runners for the Doon native remain unbeaten – adding second round victories to their opening round win last Saturday.

But luck wasn’t on the side of the Cappawhite based handler with all three remaining drawn together in the fourth and final quarter final this coming Saturday in Nottingham.

With back-to-back heats wins in Nottingham, it’s no surprise that the Buckley trio are all now at the top of the betting – Knocknaboul Syd (11/2), Deerjet Sydney (6/1) and Glengar Bale (8/1).

In Saturday’s quarter final, the Buckley trio will be joined by Rockmount Ozzy, Kilara Icon and Distant Village – the first three from each quarter final will progress to the following weekend’s semi finals.

In total there are eight Irish trained runners still remaining in the Sports & ARC English Derby – Graham Holland has two, while Noel Hehir and Ginger McGee have one each.