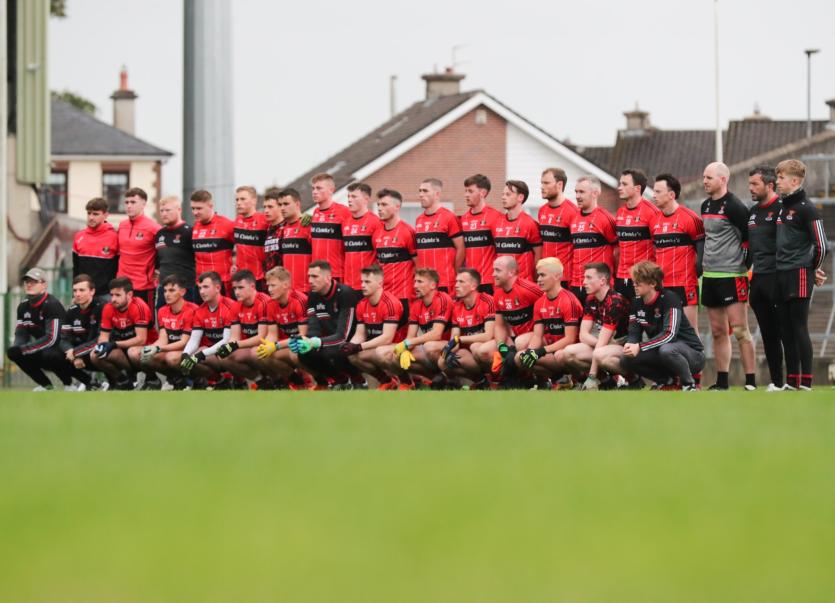 The men in red and black were 15-point winners on county final day against Ballylanders.

It's no surprise therefore that Adare dominate the selection of the Limerick SFC Team of the Year - selected by Limerick Leader reporters from displays only in the club championship.

Due to Covid-19 restrictions, Adare won the title with a five game run and across the championship some teams had just three outings.

It's a LeaderSport selection that draws players from seven clubs - Adare leading the way with six players; Ballylanders, Ballysteen and Newcastle West with two each and from Fr Caseys, Galbally and Galtee Gaels.

In goals is Brendan Carmody - he conceded just one goal in five games and that was in the opening 10-minutes of Adare 14-point round one group game victory over Na Piarsaigh.

There is an Adare trio in defence - Connolly brothers David and Ronan and Eoin Ryan. No surprise given that Adare conceded an average of just nine points per game.

Ronan Connolly was selected in the Limerick SHC Team of the Year last month.

Elsewhere in defence are Mike Donovan and Bill Casey, along with Ballylanders teenager Shaun Moloney.

Overall, it's a 2020 selection that includes five players that were in the 2019 Limerick SFC Team of the Year - David Connolly, Hugh Bourke, Iain Corbett, Eoin Hurley and Danny Neville.