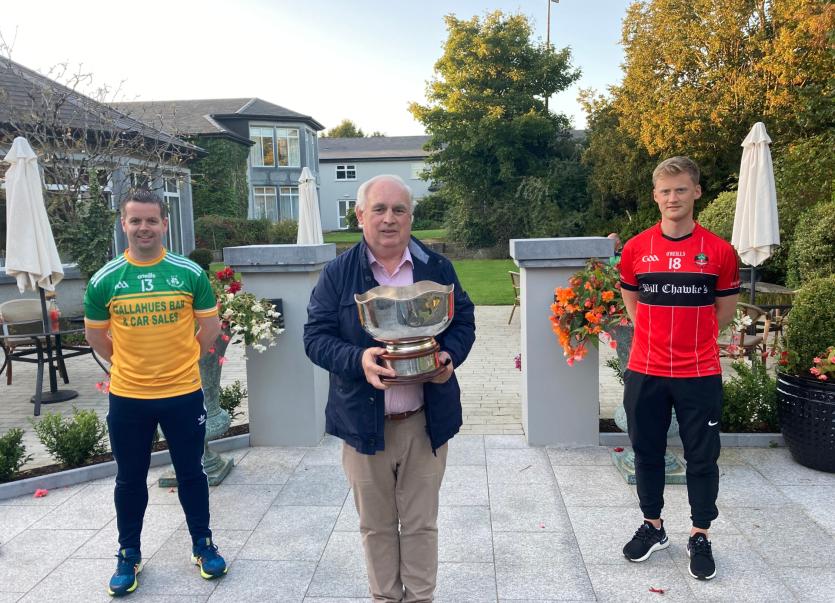 THERE be a familiar name on the Fr Casey Cup after today's Irish Wire Products Limerick Senior Football Championship Final.

Adare meet Ballylanders in the final at 2pm in the LIT Gaelic Grounds - a repeat of the 2018 final and both captains Shane Doherty (Adare) and Jimmy Barry Murphy (Ballylanders) have already lifted the silverware in 2017 and 2014 respectively.

Two years Adare retained their Fr Casey Cup title with a 1-13 to 0-12 win over Ballylanders – seven successive second half points and an injury time goal securing glory for the then defending champions.

It’s a fifth ever final for Adare on Sunday as they bid for a third title victory in four years.

Harry Gleeson is in his fifth year as manager of the men from the shadows of the Manor and for 2020 drafted in former Kerry All-Ireland SFC winner Anthony Maher as coach, along with former Limerick footballer Killian Phair.

Adare lost to Fr Caseys in the group stages but have beaten Na Piarsaigh, Newcastle West and Galbally to reach this final. In four games they have scored 5-50 and conceded 1-40.

Favourites Adare will be backboned by the Connolly trio of David, Mark and Ronan; Bourke brothers Robbie and Hugh and Lyons brothers, Mikey and Davey.

The men from the Ballyhoura’s are managed by former Tipperary footballer Niall Fitzgerald, who has club championship medals with his native Moyle Rovers.

Ballylanders lost to Oola in the group stage but have beaten Galtee Gaels, Monaleen and Ballysteen to reach the final. They have scored 3-44 and conceded 2-34.

Along with vice captains Mark O’Connell and Shane Fox, Ballylanders have their experienced trio in Murphy, Walsh and Fox. They will also have three teenagers in their starting team – defenders Pa Holihan, Shaun Moloney and Killian Meade – all appearing in their first county senior football final.