Niall Fitzgerald: 'I back our lads to give a honest performance' in Limerick SFC final 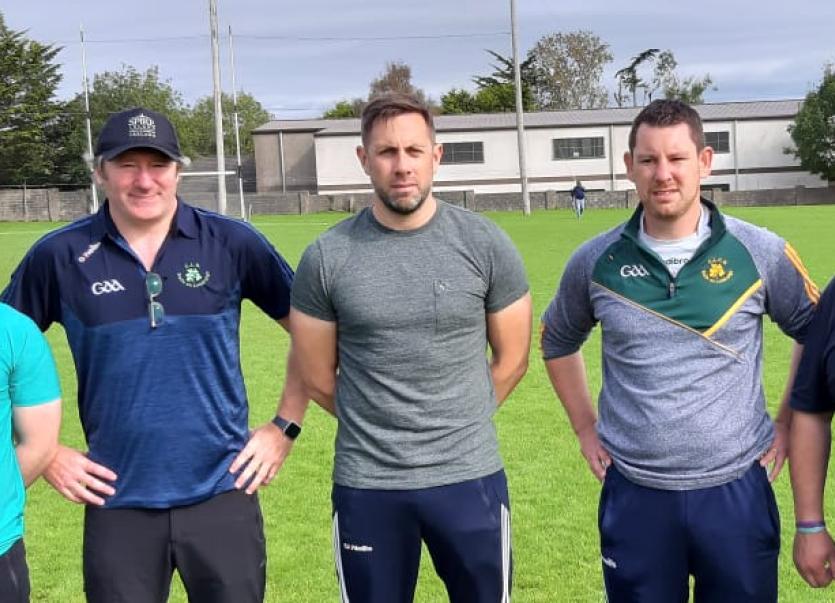 Ballylanders bridged an 82-year gap when they won the 1999 Limerick SFC title.

Since that derby final win over Hospital-Herbertstown, the south Limerick men will play in their fifth senior football championship final this Sunday.

Former Tipperary football manager Tom McGlinchey led Ballylanders for a few seasons. When he was Tipperary manager he had Moyle Rovers’ Niall Fitzgerald in his ranks.

Fitzgerald is the 2020 Ballylanders manager, that leads his side into the Irish Wire Products Limerick SFC final on Sunday.

“Lads have been there before and they have been on the right side of results and on the wrong side of results – you learn from both. We have a lot of young guys there as well and they performed exceptionally and they don’t seem fazed and I don’t think a county final will faze them either,” said Fitzgerald of his team, which includes some playing in a fifth final and others a first final on Sunday (2pm) in the LIT Gaelic Grounds against Adare.

“I back our lads to give a honest performance because that’s the type of characters we have within this team – everyone who starts and everyone who comes on are there on merit and they will work until the game is over.  You give yourself a chance when you have that attitude,” said Fitzgerald, who was also a 2020 Tipperary U20 football selector, under Tom McGlinchey!

To reach this final Ballylanders have played Galtee Gaels, Oola, Monaleen and Ballysteen.

“The reality is that we talk about 100% performances but that is impossible to reach – it’s about getting performances. Have we had anything close to the perfect performance? No. It’s been patchy at times but what you want is 100% effort and we have given that and that’s why we are in a county final,” said the Bally manager.

“We have nothing won yet – it’s great to be there and we are in with a shout. We know we are going to get a stern test and it will be very difficult. You don’t want to get too caught up in the occasion – you need to go our and perform and that would be our hope,” stressed, who lined out with Monaleen in the Limerick SFC for a brief few years in the last decade.

Fitzgerald has a hard-working team ethic in Ballylanders this season.

He adds: “they will never be found wanting for character and we would back ourselves that way”.

“Our S&C coach Ian O’Connor has done fantastic work with the lads and we would be very confident in our fitness levels because of the work that he has done. We have a few older lads that are literally tapped together and getting through games.”