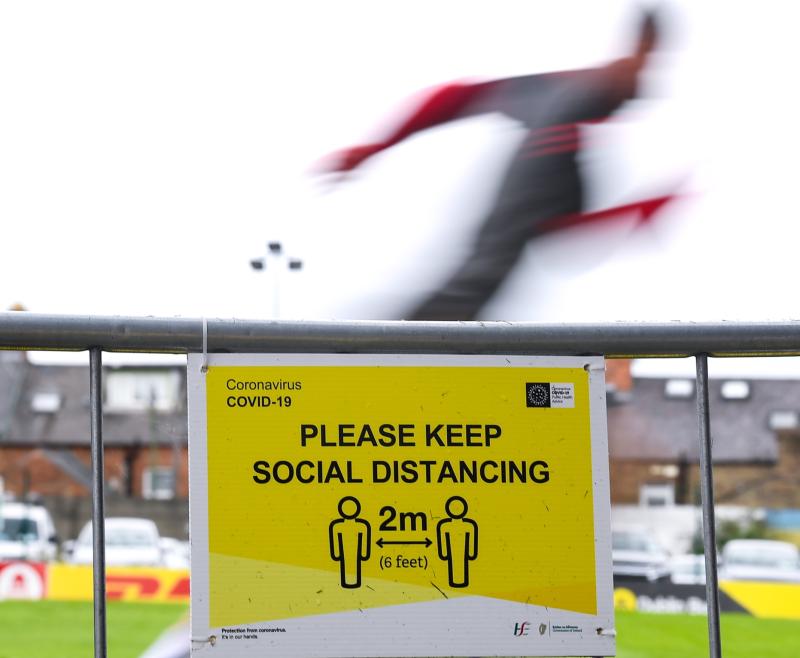 SO supporters return to sporting events after confirmation of the the Government’s new ‘Living with Covid’ plan.

From this Wednesday, 200 spectators will be permitted into outdoor sporting venues which would usually have the capacity to host crowds of 5,000 or more – in Limerick that would appear to be just the LIT Gaelic Grounds and Thomond Park.

All other grounds will be able to admit 100 people, while crowds of 50 can attend indoor sporting events.

That’s some good news with GAA hurling and football championship finals across the coming weekends.

And the local junior soccer season and club rugby campaigns are now all underway.

Of course 100 or 50 tickets for a club won’t satify demand but it’s better than nothing and a step in the right direction.

Limerick is currently at Level Two in the new ‘Living with Covid’ plan.

But it is worst remembering that all can change quickly. In Level 3 sport, goes back behind closed doors and at Level 4 and there are no games!

On the flip side, Level 2 would see 500 into some sporting fixtures.

Returning to sporting venues does not mean all supporters huddled together in the Mackey Stand in the LIT Gaelic Grounds or West Stand in Thomond Park. Social distancing must remain paramount in the minds of all.

Supporters have felt frustrated in the last number of weeks – locked out from games they have attended all their lives. Some have been inventive in terms of getting to watch their local club play and it’s hard to blame them.

But once inside the ground, there is no reason why supporters can’t social distance. If not concerned for ones self, think of the safety or health of others

In GAA, county finals will be played in the LIT Gaelic Grounds – 200 supporters in a 9000 capacity Mackey Stand – there is no excuse for not social distancing.