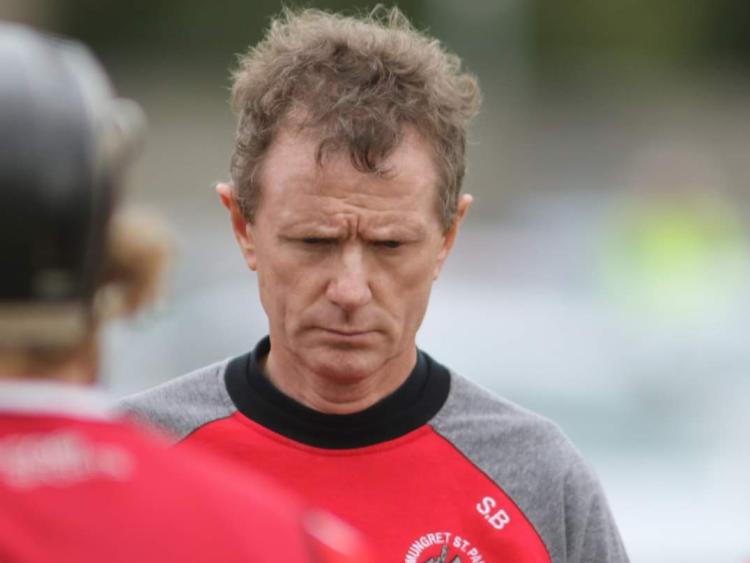 MUNGRET St Pauls bid to end a wait of over 30 years to return to the Limerick senior hurling ranks this Sunday.

The men in red meet Kildimo-Pallaskenry in the Lyons of Limerick Premier IHC in the LIT Gaelic Grounds at 7pm.

"You want to test yourself against the best and that is up senior," said Mungret manager Seanie Barry.

Three years ago Mungret graduated six minors into their ranks for the maiden season up in the Premier IHC.

This season Seanie Barry feels that a new maturity is a key ingredient for his panel.

“It’s unbelievable the difference we have seen this year. They are more settled and grounded now as young fellas. It was the one thing that we really noticed from the start,” explained Barry.

After reaching three successive semi finals, the manager feels his side were ready for the next stage.

“When we got together back in the depths of Winter we were only taking about our first match and I think it was against Bruff. But then Covid-19 hit and the lockdown and all changed. But when we did get back training nothing changed and we still just spoke about one game at a time. We want to go to the next level as players and then hopefully that follows through collectively,” he outlined of the club who were senior last in 1989.

"We are no different to any other clubs - our players want to try and mix it with the big boys," stressed the manager, who has former Clare senior hurling coach Liam Cronin in his backroom team.

On Sunday the manager has two sons (Brian and Shane) on the Mungret panel and he acutely aware that many other families and club supporters will miss due to the current Covid-19 crowd restrictions.

"It's a pity because county finals are all about family and community but we as a management and players can only focus on the task at hand and that is the game against Kildimo-Pallaskenry, said Seanie, who has a cousin John as a selector with Sunday's opposition.