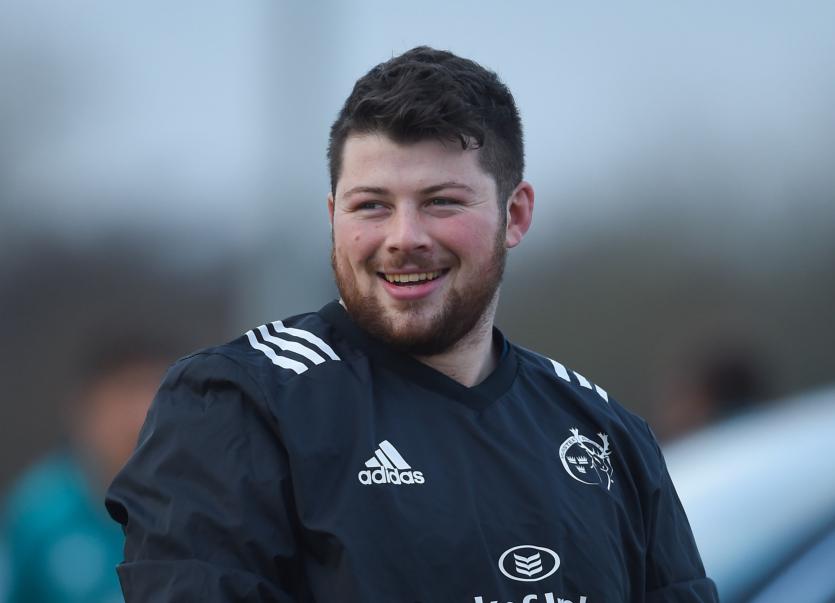 Parker played a total of 13 games for Munster before joining the Jersey Reds this summer.

Born in Stockport, twenty four-year-old Parker, who lined out for Shannon RFC in the Energia All-Ireland League last season, is Irish-qualified. He joined Munster from Sale Sharks in the summer of 2017 on a development contract.

Parker made his Munster debut against Benetton Treviso in September 2017 before helping Munster A reach the B&I Cup quarter-finals.

He finished the 2017/18 season with four appearances appearing in the PRO14 knockout clashes against Edinburgh and Leinster.

Parker made his Champions Cup debut against Castres Olympique in December 2018.

Prior to his arrival at Munster, Parker was previously with Sale Sharks and played in the Premiership for them.

He was also a member of the victorious 2015 England U20s Six Nations side.

Speaking to leinsterrugby.ie, Leinster Rugby Head Coach Leo Cullen explained the loan signing of the young prop: "For a young man Ciaran already has good experience across the Premiership and the Guinness PRO14 and we feel that he will give us a good option at a time when we are going to be under pressure with players away with Ireland and just the nature of the schedule we have ahead of us.

"I’d like to thank Jersey Reds for their help in making this move work and Ciaran himself and we now look forward to welcoming him to the club and to seeing how he can contribute in the coming weeks and months."

Ciaran will link up with the rest of the Leinster Rugby squad after he completes all necessary COVID-19 travel protocols.