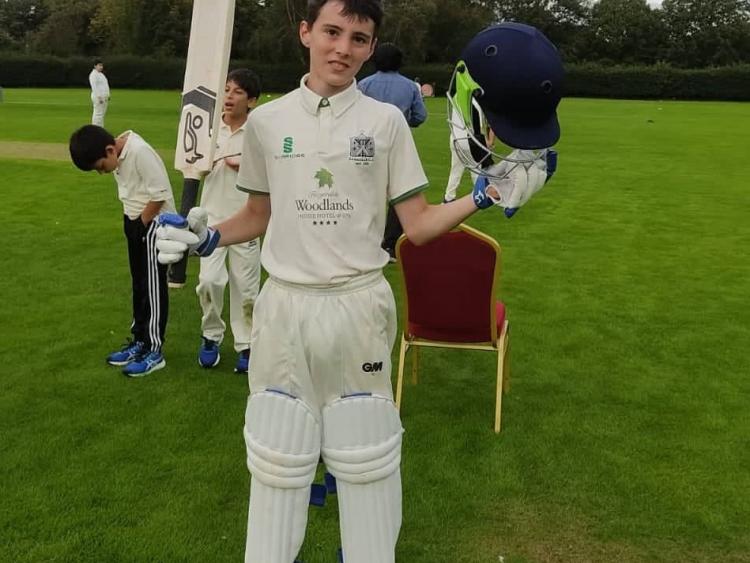 LIMERICK continued their brilliant run at the top of the Premier league table with another away win, this time against league holders Cork County at the Mardyke on Sunday afternoon.

Limerick have only beaten Cork County once at senior level in the last 14 years, the win takes a massive monkey off the back of the Shannonsiders who fully deserved their victory which came quite comfortably in the end.

Limerick had a sluggish start with the bat, failing to substantiate a significant run rate early on. Wickets fell and Limerick found themselves in a hole at 37-3 at the halfway point, searching for much needed boundaries.

Captain Arslan Anwar and Hashir Sultan slowly started to rebuild the innings, forming a good partnership which meant Limerick would have wickets in hand to play with towards the latter end of their innings.

As the 20th over neared, some big shots came out from both batsman, one notable 6 over extra cover from Hashir ringing the applauses from both camps.

He would be just short of his half century before getting out in the 17th over for 48, a game-changing 90-run partnership bringing Limerick to 113-4.

Arslan continued to torment the County bowlers at the crease, he made his half century shortly after and eventually finished on 55 not out as Limerick finished on 130-5, a great comeback considering the start they had.

It was Limerick’s stubborn efforts with the ball that brought the away side into contention, the County openers struggled to make runs in the opening stages with Asif Shahab and Hashir doing some early damage with the new ball.

The ride didn’t get any less bumpy for the home side as Shani Alam and last week’s hero Farman Yousafzai came on at first change and piled on the pressure with some very economical bowling. Farman picked up a run out in his second over, scampering to the open mid-wicket and firing back at the bowler’s end where the batsman was well short of his ground.

County found themselves in a similar situation to Limerick at the halfway point, however they were unable to become unstuck as their second boundary only came in the 16th over of the game.

In the final stages the run rate was far too high and Limerick were able to nullify any chances of a late surge. Some late wickets in the final few overs put the icing on the cake as County finished 24 runs short on 106-8.

The win keeps Limerick at the top of the table with two games left to play. Limerick’s junior side also continued their run of form on Saturday beating Cork Harlequins away in thrilling fashion.

Needing 40 off the last 3 overs, club veteran Zubair Rehman stepped up to hit three consecutive sixes to put Limerick right back into contention when all looked lost. Needing 7 off the final over, Limerick pulled through to somehow chase down the total and come out winners in extraordinary fashion.

Despite all this, there was still one performer to make his mark in the Limerick jersey this weekend. Limerick’s u13 side were the last to play as they took on Cork County directly after the senior game on Sunday afternoon.

Chasing a mammoth total of 119, Limerick u13 skipper Alan McCutcheon put on a valiant effort with the bat, making 30 runs off just 11 balls, giving his team a fighting chance.

A true captain’s knock left his team just 6 runs short of victory in the end.

Limerick’s third game against Lismore on Sunday morning was unfortunately called off after the home side deemed their pitch unplayable.