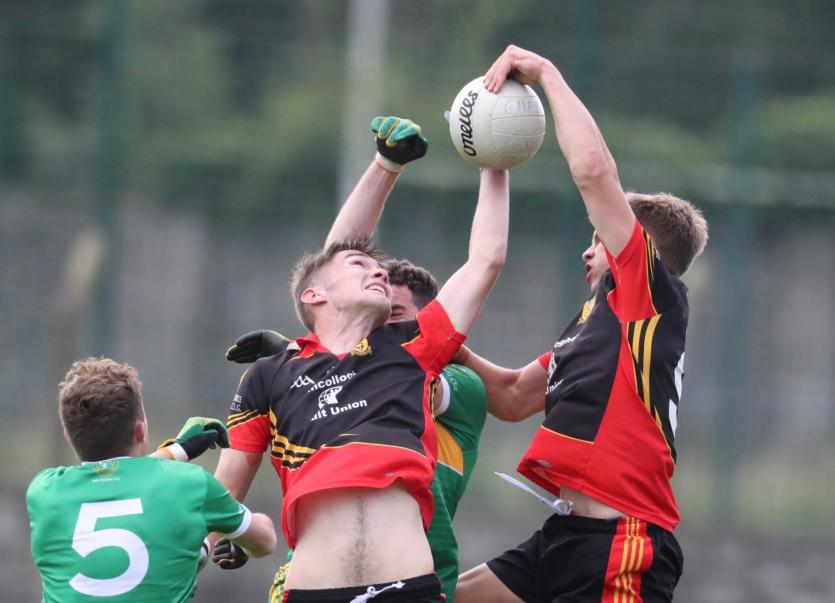 BALLYSTEEN and Dromcollogher-Broadford played out a dramatic draw in the Irish Wire Products Limerick SFC this Sunday.

Having just survived last year's relegation final, Dromcollogher-Broadford looked to heading for another battle for senior grade survival when they trailed Ballysteen by eight at the three-quarter mark on Sunday in Newcastle West.

But as many a rival has found to their cost, you can never write off Limerick's most successful football club of the 21st century. Not only did they recover from a first-round hiding to snatch an unlikely draw but they also kept their hopes alive of squeezing a place in the quarter-finals.

But the story of an erratic stop-start game isn't about them. How Ballysteen let victory slip from their grasp will be occupying their minds as they prepare for a second bite of the cherry against Newcastle West in the only final-round match of consequence this coming weekend. Anything other than defeat by more than twelve points will
still get them into the play-offs but, after totally dominating every aspect of play until their meltdown, the doubt will be there that such an outcome is possible.

Most of it was self-inflicted.

With Danny Neville and James O'Meara in superlative form whenever they gained possession, they shot into a five point lead within two minutes, got a second spectacular goal early in the second half and looked to be coasting out of sight
whenever they turned the pressure on opponents who relied on frees for most of their scores.

But that was where the problem lay. Once the gap widened, the intensity dropped, Drom clawed their way back through
fouls conceded and, when the Estuarymen were reduced to thirteen after two black cards, a last gasp attack was rewarded with a penalty to tie up the scores.

Neville was off the mark inside ten seconds, added a second and, from the resulting kickout, Shane Gallagher sliced through the Drom defence and fed Neville for a low shot into the corner. Ballysteen then eased off and Drom pressed forward but, after James Molyneaux got their opener, they were immediately hit by points from Gallagher and O'Meara.

Brian Ahern's free and Derry McCarthy struck back before the water break after which Ballysteen resurrected their intensity with a Pakie Moran's spectacular point on the run. The Broadford side edged closer when McCarthy's free was followed by Kevin Noonan sending the kickout back over the bar before Neville struck back and then saw his next effort off a scything run deflected over by James Noonan.

However, McCarthy's free on the stroke of half-time narrowed the deficit 1-7 to 0-6.

O'Meara struck immediately from the restart, Kevin Noonan quickly replied but Drom's goose was cooking when Neville jinked, waltzed and pirouetted through the challenges and laid off for John O'Shaughnessy to fist to the net. When Mark Ranahan followed up, it looked to be game over and it certainly would have been had Neville not crashed off the angle just after the water break.

But then it all fell apart.

After two McCarthy frees, Willie O'Meara picked up a black card just after being introduced and was joined in the sin bin by Alan McGrath. Given the chance to press, Noonan, Ahern's free and McCarthy ate into the margin and, just on the stroke
of normal time, Seán O'Sullivan was pulled down in the square by Moran.

McCarthy converted the penalty and Neville's one final chance to regain the lead drifted wide.