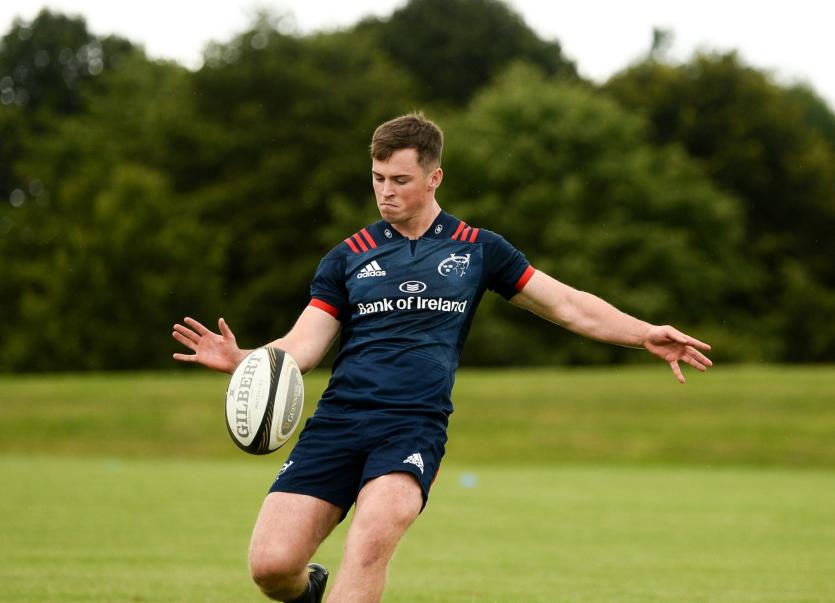 Twenty three-year-old Jack Stafford has panned a short-term deal with the top English side after impressing in a trial.

Stafford joined the Munster Academy in the summer of 2017 and made his Guinness Pro14 debut against Zebre at the Stadio Sergio Lanfranchi in November of that year.

Stafford was released by Munster earlier this year and will add to the depth chart in the nine jersey at 'Quins alongside 84-cap international duo Danny Care (England) and Martin Landajo (Argentina), and a fellow new arrival in former London Irish and Scotland U20 halfback Scott Steele.

Stafford, who played in the British and Irish Cup with Munster A and with the Ireland U20s, signs for Harlequins for the remainder of the 2019/20 season and beyond after impressing during a two-week trial period.

Commenting on his move to The Stoop, Jack Stafford said: “You get an opportunity like this, you’re dropped in at a top club like Harlequins and you’ve an opportunity to improve yourself, and that’s exactly what I want to do. I’m over the moon to be here, it’s brilliant.

“I’ve kinda been in limbo the last couple of months, trying to keep fit, hope for an opportunity, and when this opportunity came about I was delighted and ready to grab it. I’m delighted to be here.

“It’s a young, ambitious group here, which is great. There’s a real competitive edge, a desire to win. And then you’ve got crazy experience in the backline and all across the backline.”

Commenting on Stafford’s arrival, Head of Rugby Paul Gustard said: “In specialist positions you require strength depth to manage injury, illness and form - and there aren’t many positions more specialist than scrum-half. With the unexpected retirement of Niall Saunders we were left short in that position with only Martin and DC contracted with the Club.

“We were delighted to get Scotty [Scott Steele] in earlier this summer, a player we have admired for some time and who has been fantastic, but we felt we needed someone else to add to that group.

“Jerry [Flannery] knows Jack very well from Munster, he’s a tenacious, competitive, talkative nine with all the characteristics of what some would consider a typical Munster environment - he wants to compete, wants the challenge and he wants to win.

“As a person he has a great aptitude to learn and is very coachable. He’s got a decent core skillset and has a desire to improve his game.

“Welcome to the Club, Jack!"

He's impressed on trial & he's delighted to be here.