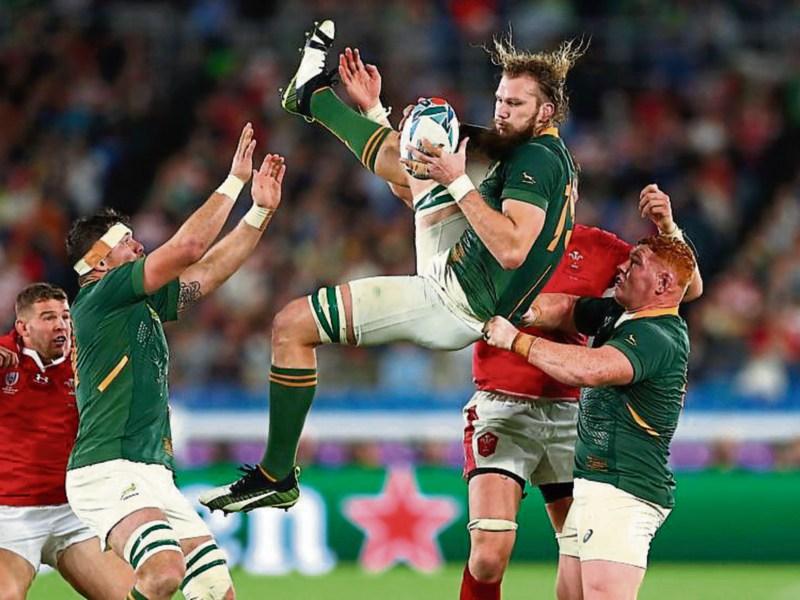 IT has been a hectic few days for the World of rugby.

The PRO14 announced new investment from CVC Capital, World Rugby confirmed they are planning a 'global calendar' for the game, the IRFU confirmed a return to play timeline, Tyler Bleyendaal announced his retirement and Munster's new South African signing RG Snyman has arrived in town.

The news of Snyman's arrival will come as a boost to rugby starved Munster fans as they look ahead to a potential return to action in August.

As reported by the Limerick Leader, professional rugby in Ireland will return to action in the form of provincial derbies, with Munster versus Leinster pencilled in for the end of August.

In even better news, both South African World Cup winners Damian de Allende and RG Snyman will be available to play in those games as both are now in Limerick.

Snyman, who arrived this week, will quarantine for 14 days, before the time frame for him to meet and/or train with his new team mates will be set out.

Subject to government approval, Munster will play Leinster, Connacht and potentially Ulster in warm up games ahead of what would be a truncated PRO14 2019/20 playoffs.

Should the government give the go ahead for such a ‘round robin’ series, the next step would be for the IRFU to seek clarity on which teams from outside of Ireland, if any, could play games on the island, with Autumn internationals and the resumption of the 2020 Six Nations a priority for the IRFU.

The governing body this week confirmed, through its CEO Philip Browne, that the organisation is set to make multi million euro losses this season.

Speaking on the same day as the PRO14 announced a new investment from CVC Capital, Browne admitted that the income from CVC, although welcome, is not going to cover the potential loss in revenue due to Covid-19.

“The CVC value to Irish Rugby is in the order of Stg £30M (net of costs), with an initial sum expected of approx £5m” Browne noted.

Coupled with a potential ‘Global Calendar' for World Rugby in the coming years, these are uncertain times for rugby.