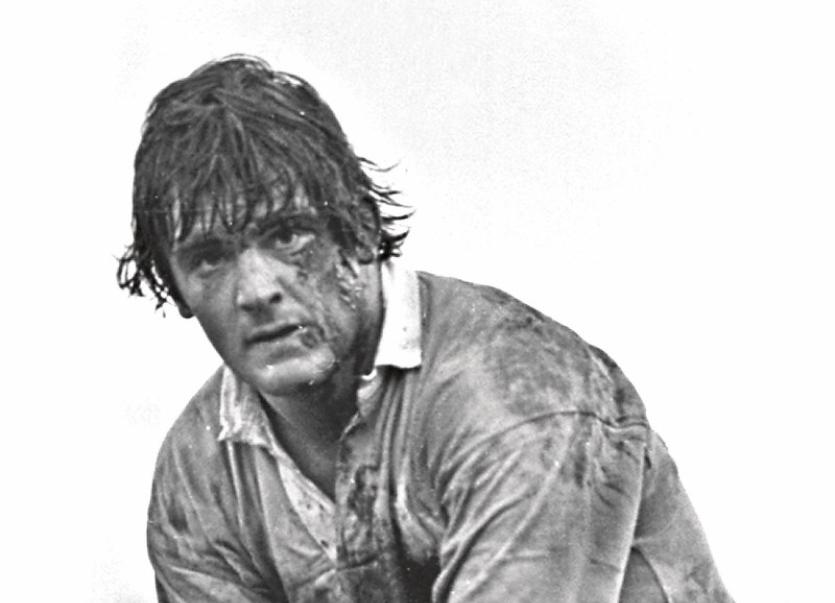 As former Irish rugby great Pat Whelan prepares to celebrate his 70th birthday this Saturday May 2, Dave McMahon looks back on the brilliant career of the Garryowen hooker.

The local rugby scene has know few more talented forwards and dedicated competitors then Pat Whelan, Garryowen’s outstanding international hooker who announced his returned from the game in 1981 as a result of a serious neck injury sustained in a local game.

Though his active involvement from the playing scene was sorely missed by those who recognised him as a hooker of superb ability, it was appropriate that ‘Pa’ should end his career at the very top.

Having being excluded from the Irish team for two seasons or so, Pat’s leadership of the ‘Blues’ team in the Final Irish Trial in January 1981 saw him restored to the front row of the international side, winning an additional three caps to bring his tally to 19 full international appearances before that unfortunate injury brought an abrupt end to his playing career.

But for the injury, Whelan was surely destined to win many more international caps as his three appearances in the Irish jersey in 1981 had seen him play splendidly in the international campaign.

Pat Whelan’s rugby career began at Crescent College, where he spent most of his time in the wing-forward position, before taking on the role as hooker for the senior team in his final year at Crescent.

A fortuitous move, as it happened, for Whelan as his prowess in his new position saw him selected for the Munster Senior Schools team, a side which included Eddie Molloy, Larry Moloney and Pat McDonnell, who was later to distinguish himself with the Cork hurling team.

Side by side with his rugby activities in those days, Pat was an accomplished soccer player with Wembley Rovers, where Eddie Price and Brendan Foley, of Shannon, were two of his colleagues, while he also was more than an average performer on the hockey field with Catholic Institute.

And on the Gaelic fields Pat had a long association with Claughaun in senior and junior football ranks.

After leaving Crescent College, Pat moved to Dublin to study quantity surveying; with that move enabling him to continue his rugby development with Lansdowne, a club which has traditionally strong Limerick links.

After spending his early days with the metropolitan club playing for the 3rd A team, Whelan’s ability as a hooker quickly saw him moving through the ranks to the senior XV - Pat joining fellow Limerickman ‘Dee’ Power, Vinny Becker and Eddie Kiely on the side beaten 6-5 by St Mary’s College in the first ever Leinster Senior League final in 1972.

Shortly after that, having qualified as a quantity surveyor at the College of Technology in Bolton Street, Pat returned to Limerick to take up a position in the family building business, while he also made the decision to join Garryowen - with the famed Garryowen club more than happy to have Whelan join them as they were engaged in the process of building a strong club side.

A matter of months after joining Garryowen, Pat earned his first representative honour at senior level with Munster when, appropriately, he was selected as a hooker on the team which played Lansdowne during the latter club’s Centenary year.

Nominated shortly afterwards as Munster’s hooker for the 1972 Interprovincial series Whelan began nine years of unbroken service for the provincial side as he was never dropped from the team subsequently whenever he was available for selection - injury keeping him out of the side once or twice when Gerry Hurley of Sunday’s Well deputised.

When he came into the Munster team, the side was captained by the great Tom Kiernan, and as he became a permanent fixture on the team, Pat’s standing as a senior player saw him honoured with captaincy of Munster on many occasions.

With Munster, the famous victory over the All Blacks in 1978 and a Grand Slam interprovincial series the same year are achievements which Whelan can proudly reflect upon while for other reasons, one game which stands out in his memory was the tempestuous affair against Argentina at Thomond Park in 1975.

With Munster, Pat Whelan played both with and against some outstanding players.

“Ken Kennedy and John Cantrell were particularly good hookers, Tom Kiernan was an inspiring captain, while Moss Keane and Brendan Foley were the best scrummaging second-rows who played behind me” Whelan admitted.

Taking a particular interest in the niceties of the front-row play, Pat mentions that Gerry McLoughlin “developed into a very solid tight-head prop over the years while I also admired Roger Clegg of Ulster, who was technically a very good prop.”

And Pat had a particular word for Shay Deering and Barry McGann. “It was a marvellous experience to play with the two as their presence was a great boost to your confidence,” he said.

On the club front, Pat was on the Garryowen team which beat Shannon 29-0 in the final of the Munster Senior Cup in 1974.

“That was my first Senior Cup medal and to this day I maintain that the 1974 team was the best club side I ever played with. Tom Carroll and Mervyn O’Connor were brilliant props who guided me in my early days and were largely responsible for any success I enjoyed in later years,” he said in an interview in 1981.

Continuing on Pat said: “Rusty Keane was a great line out jumper and all round forward, while Frank Hogan was both an outstanding captain and player who could, with perseverance, have gone much further in the game. Then you had Jon Moroney, the best natural footballer I ever played with, and when you add the names like Larry Moloney, Seamus Dennison, Liam Hall and Eddie Molloy, you can appreciate how good that side was.

With Garryowen, Pat Whelan was to win a hat-rick of Munster Senior Cup medals with further successes coming in 1975, when Tony Ward mad a dramatic appearance on the team which beat Cork Constitution 6-3 in Cork and in 1979, when he captained the side which beat Young Munster 3-0 in a tightly fought encounter at Thomond Park.

That 1974 victory was particularly significant for Pat Whelan as his overall excellence during the cup campaign saw him knocking on the door for international honours at the start of the 1975 international season, with all Limerick rugby followers taking great delight when it was announced that he was to win his first cap against England - a game which Ireland won 12-9 with Pat joining Ray McLoughlin and Roger Clegg in the front row in the team captained by Bill McBride.

Reserve to John Cantrell throughout the 1976 international series, Pat regained his Irish place in New Zealand in 1976 after a couple of outstanding tour performances with the Garryowen player becoming a permanent fixture as hooker in the Irish side until the 1979 tour to Australia when he was displaced by Ciaran Fitzgerald.

A spell in the wilderness followed before Pat came back to regain his palace in 1981.

With Ireland, Pat looks back on some outstanding moments, but he does regret losing the 1976 test against New Zealand, “lack of confidence in ourselves beat us,”

While the Welsh defeats in 1979 and 1981 were “particularly hard to take as we won everywhere but on the scoreboard.”

On the great players he encountered, Pat spoke highly of Ireland's Mike Gibson and Barry McGann while opponents he respected were Gareth Edwards, Guy Paparaborde and Graham Price, “a prop I would have enjoyed playing alongside as he was so strong” he tells Dave McMahon.

After his retirement Pat got involved in coaching the Garryowen senior side. He is a deep thinker on local and national rugby matters as seen from his comments some years ago on the rugby calendar.

“I think that the structure of our rugby should be examined as all the important games seem to be crammed into a few weeks at the end of the season. Equally, I would like to see matches arranged on a regional basis involving major centres like Dublin, Cork, Limerick, Galway and Belfast.”

Pat went on to have, and continues, to have an equally distinguished career off the field.

Whelan became the first Irish Six Nations chairman since Tom Kiernan in the early 1990s, having already served as a selector and manager to the Irish national team.

Continuing his off the field commitments, Whelan was appointed at the chairman of the Six Nations in 2016, which he held for three seasons, while the Limerick man also played a role in the Rugby World Cup 2023 bid.