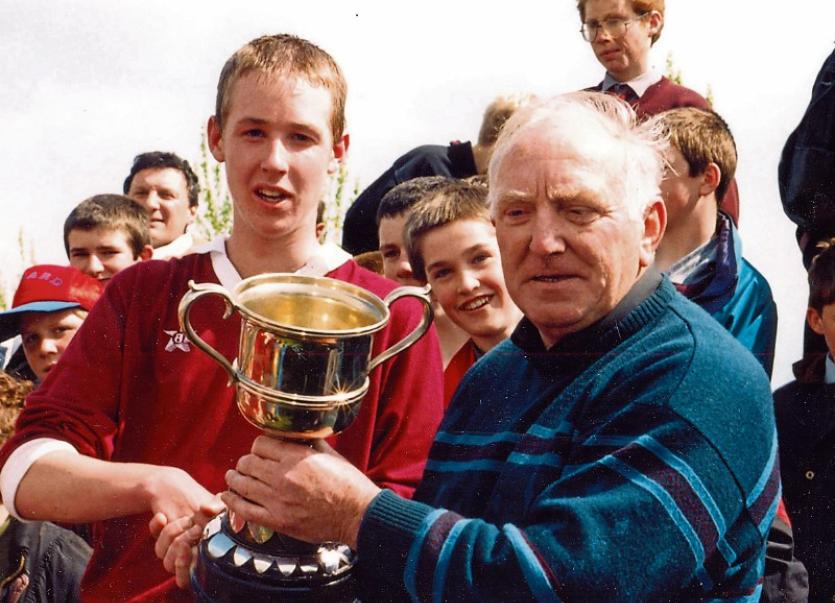 TRIBUTES don’t come much higher than the last two All-Ireland hurling winning managers.
John Kiely and Liam Sheedy both paid their respects to Brother Patrick O’Connell, Newcastle West man and former Nenagh CBS teacher.
Br O'Connell was well known for his promotion of the Rice Cup hurling competition, an under 14 tournament for Christian Brothers Schools set up in 1944.
Mr Kiely described him as “a legend of Post Primary Schools hurling”.
“Rest in peace Br O’Connell,” said Mr Kiely.
Mr Sheedy said: “He had a massive impact on so many of our hurling careers throughout our time in Nenagh CBS.”
Br O’Connell passed away in University Hospital Limerick on March 29, aged 89.
While he spent much of his life outside the county his wish to be buried in the family plot in west Limerick was granted.
Frank Reidy, a cousin and former Munster Council delegate, said it was terribly sad that the family couldn’t attend the man of God’s funeral Mass in Nenagh.
Br O’Connell taught in Christian Brother Schools in Midleton, Carlow, North Monastery, Templemore, Portarlington, where he was principal, and lastly Nenagh. Countless boys were educated on and off the field by Br O’Connell.
“He was extremely popular with the students and teachers. Testimony to that is there was an amount of past students and teachers coming to visit him after he retired.
“He was very bubbly, a great character with a great laugh,” said Mr Reidy.
While Br O’Connell nurtured the careers of many hurlers outside of Limerick it was the men in green and while that he loved the most.
Mr Reidy said his relative was overjoyed at Limerick’s All-Ireland win in 2018.
“And by all accounts he fairly reminded them at every hand’s turn in Tipperary! He was a ferocious Limerick GAA man. He was always onto me about hurling,” said Mr Reidy. Br O’Connell spent the last 38 years of his life in Nenagh although made frequent trips home to west Limerick.
One place was particularly close to his heart - Tooreenagreana in Ashford.
“His father, John, came from Tooreenagreana. He moved to Newcastle West to train as a harness maker. Br Patrick’s mother, Ellen, died when he was five. Every Easter and summer himself and his brother went to Tooreenagreana because the shop was on the street.
“It is as rural Ireland as you can get - boggy, poor land. He worked on the farm and cut turf. Tooreenagreana is vivid in this man’s memory. About 30 years ago he took a full fortnight off and came back to the bog. He grew up from the soil,” said Mr Reidy.
This fostered in him a love of nature and in later life Br O’Connell loved growing flowers and vegetables, particularly potatoes and tomatoes.
His brother, Sean, took over the family harness making business. Mr Reidy said he made school bags and sliothars, many a sliothar played in west Limerick was made by Sean O’Connell.
Mr O’Connell is due to celebrate his 100th birthday in a couple of weeks. A big party was planned in the Longcourt House Hotel. Up to 30 were travelling from America and Br O’Connell was very much looking forward to it.
“About six weeks ago before this (Covid-19 pandemic) ever broke I brought Sean up to see Br Patrick in Nenagh. We went for lunch in the Abbey Court Hotel,” said Mr Reidy.
Br O’Connell will always be associated with the Rice Cup. Since the 1980s he almost singlehandedly kept the competition alive through his work as secretary, chairperson and president.
At the 2017  Rice Cup AGM, Paul Dolan, of Nenagh CBS. made a beautiful presentation to Br O’Connell to mark his continuous involvement in Rice Cup. It began in Templemore CBS in 1967 when he started training teams. Br O’Connell was well able to hurl himself too.
At his funeral Mass, the priest told a story in his homily about Br O’Connell’s playing days.
“Br Patrick was playing full back. The ball was coming in and the full forward was winding up for a deadly pull. He pulled right across Br Patrick’s arm and broke his hurley. Br Patrick caught the ball, cleared it and only then did he look at his arm.”
Mr Reidy said Br O’Connell was as “strong as an ox”. As strong as his faith.
Deeply regretted by his loving brothers Sean and Daniel, sisters in law Chrissie and Noreen, nephews, nieces, Brothers in religion, relatives and friends. May he rest in peace.