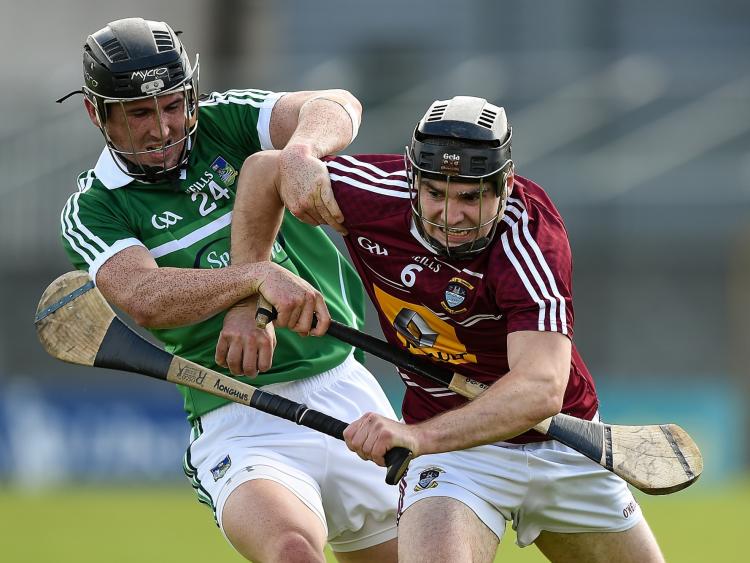 Darragh O'Donovan in action against Westmeath in 2016

ONE of John Kiely’s first competitive senior hurling starts as a player with Limerick was against Westmeath.

It was a November 1995 tie in Division Two of the Allianz Hurling League and Kiely wore no7 in Tom Ryan’s team.

That game, 25 years ago, is one of just three league meetings between the counties across the last four decades.

This Sunday afternoon, Limerick and Westmeath meet in Division One of the league for the first time since 1986.

The LIT Gaelic Grounds clash has a 2pm start with very much different aspirations for the opposing sides – Limerick with one foot in the knockout stages and the men in maroon preparing for a relegation play-off against Carlow.

Sunday is the first league meeting of the counties since 2011 when Limerick were 1-20 to 0-15 winners enroute to a Division Two title win over Clare in Ennis. Nickie Quaid and Graeme Mulcahy were in the starting team against Westmeath nine years ago.

Aside from the league there were two All-Ireland SHC Qualifier meetings in recent times - the TJ Ryan managed Limerick winning in Mullingar in both 2015 and 2016. A total of 14 players from those encounters are still part of the 2020 inter-county panel.

While Westmeath come to the LIT Gaelic Grounds seeking a first win of this Allianz Hurling League campaign, they face the defending champions who are unbeaten after three games. Declan Hannon and his team-mates have scored 3-62 and conceded 2-53 in games against Tipperary, Galway and Cork.

“There is plenty for us to go away with and work on for this week and hopefully we can get a little more fluency in the games in the coming weeks and try to get those last few points we need to try and qualify for the knockout stages,” said Limerick manager John Kiely after the win over Cork.

“We are quite happy with games every week but it’s just a pity that the weather gods aren’t playing along with us. It’s been really bad for the last few weeks and it’s not looking any better for the next 10 days and next weekend is looking ropey as well. It’s the time of the year and sometimes you get a good run at it and another you don’t - we are quite happy playing week-in, week-out and I am sure every other player in the country is the same,” said Kiely of the Westmeath game and the rearranged Waterford game, now on March 7 at 7pm.

Limerick now have one foot in the knockout stages.

“We are just taking it one game at a time to be honest and trying to maximise as much out of each week along the way and if performances are good enough to get results, well and good and so far it has been but that’s not to say it will always. We have a lot of work still to do and there are so many aspects of the game today (Cork) that we would not be happy with - obviously conceding two goals we wouldn’t be happy with, and the fact that our intensity dropped off at the start of the second half.”