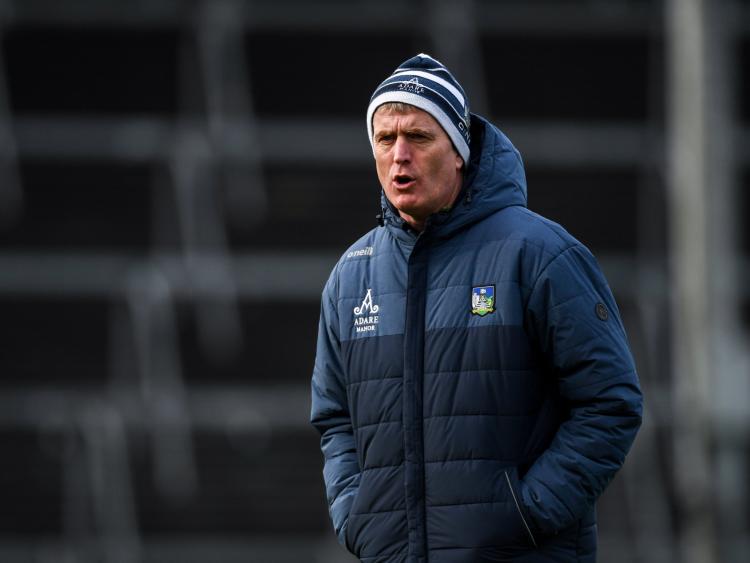 JOHN Kiely has backed his injured defender Richie English to bounce back after a cruciate ligament injury ended his season.

"Richie is a real solid guy and he will bounce back from this and will work real hard to get back to where he was before he got the injury,” said the Limerick hurling manager after Sunday's Allianz Hurling League win over Cork.

“Richie English unfortunately has picked up a cruciate knee ligament injury so his involvement this season is unfortunately come to an end,” confirmed Kiely of his dependable corner back's injury.

“We will look after him and he will get the best of care in the weeks and months ahead and he has the full support of the management team and the panel or players," vowed Kiely.

“It is one of those things that you can’t legislate for - we have had Richie McCarthy, Paul Browne, Sean Finn in the past. Every group of players over time will have a number of those injuries and there is no rationale for why is happens. It actually came from the Galway game,” outlined the Limerick manager of the 2018 All-Star.

“It’s the nature of the injury in that his wasn’t an actual rupture on the spot - he had good stability after the injury but unfortunately the nature of his injury is that it won’t heal on its own and it can’t be rehabbed, so the best advice we got is that he is best to go away and get the operation done,” he explained.

With back-to-back Allianz Hurling League games with Westmeath and Waterford to come for the next two Sundays in the LIT Gaelic Grounds, there is some good injury news.

“There are  a number of guys coming back into contention - Adrian Breen is back in training, Peter Casey is back training, Tom Condon has a broken finger but he is well over half way in terms of getting back on track with that,” outlined the Limerick manager who yet has Shane Dowling and Pat Ryan to return to full training after injury.

“Nothing too dramatic out of today so we will just knuckle down and work hard for the next few weeks,” said John Kiely.