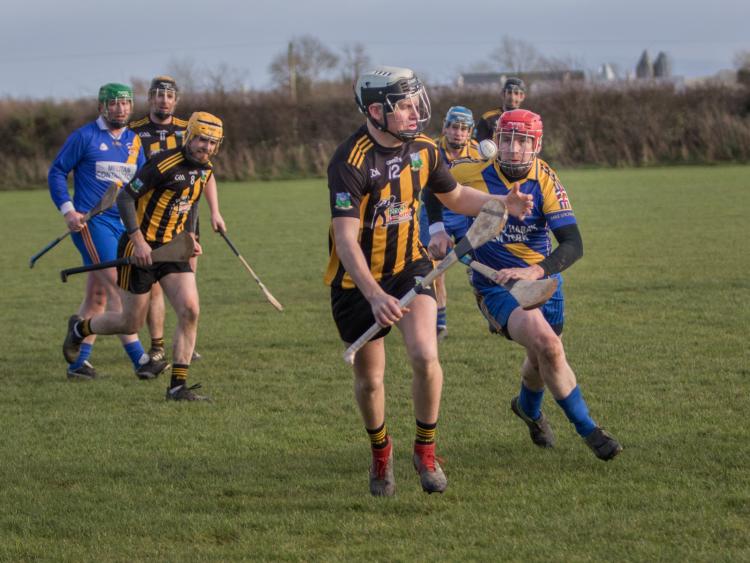 GARRYSPILLANE'S All-Ireland Junior B Hurling dream came to an end at the semi final stage this Saturday afternoon.

As a result, the final will be a repeat of the Leinster final - Loughrea v St Vincents of Dublin in Killeedy GAA grounds on Saturday February 8. This is the 15th year of the Killeedy run Junior B competition and Loughrea will bid to become the fourth Galway winners, while St Vincents are looking for a first title for Dublin.

In this semi final in Raheenagh, Loughrea were 0-11 to 0-5 ahead by half time and 1-14 to 0-9 ahead before adding two goals in the final minutes to seal their final spot.

The winners were helped by a return of 2-8 from full forward Johnny Maher.

Centre forward for the men in blue and gold was Gavin Keary - the former Clare and current Dublin senior hurling coach, who was part of the LIT Fitzgibbon Cup management this season.

Also in the Loughrea side was former Galway hurler Nigel Shaughnessy, who was coach to Na Piarsaigh in the 2019 Limerick SHC.

Lining out without the suspended Danny Hayes and Sean Kearney, Garryspillane played second fiddle to Loughrea for much of the opening half with the Galway side six points clear before The Bouncers opened their account in the 15th minute.

It was 0-11 to 0-2 after 27-minutes but Ciaran Sheehan and William Harty were among the later scorers for Garryspillane to leave six points between the teams at the interval.

The same duo added quick points on the change of ends and the lead was down to four points.

The Loughrea response was impressive - Maher goaling in the seventh minute of the half for a 1-12 to 0-7 lead.

Garryspillane were to score just three more points with 25-minutes still to play.

And the men in black and amber finished the game with 14-men - Kevin Meade sent to the line in the 55th minute.

Loughrea put the icing on an impressive win with late goals - Maher in the 60th minute and Paul Beirne in the 63rd minute.