Opinion: 'Jack Nicklaus is the greatest golfer of all time' - Ivan Morris 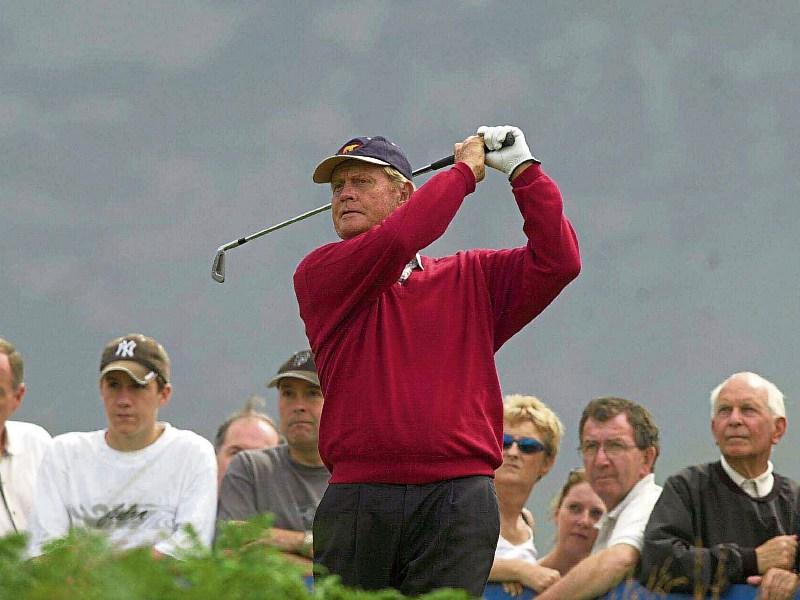 IN my life-long interest in virtually all sports, golf stands out for its individuality and infinite variety plus the fact that everyone can play the game at some level of competence nor does one need to be any good to enjoy the game.

There is no upper or lower age limit and one can play it on one's own, if that is your wish. Golf is unlike other sports where the contestants must have similar physiques and abilities to enjoy a competitive game together.

In golf, it is you against the course. With whom you are playing beside is not relevant from a scoring point of view.

One thing about golf saddens me. For as long as I can remember the game has (wrongly) been regarded by non-golfers as an elitist, self-regarding, un-welcoming domain of predominantly white, middle-aged, middle-class males.

It is an understandable accusation if one is aware of two disconcerting Court Cases in England last week.

In the past, I have mentioned that when I die and go to the Great Clubhouse in the sky, I want Sunningdale to be waiting for me. When all factors are considered, this golf facility in Berkshire is far and away the best I have ever had the pleasure to visit. So, I was shaken when 'my favourite place' was in the press this week for the wrong reasons.

To paraphrase Groucho Marx, who would want to be a member of a club that is prepared to fork out £475,000 for somebody NOT to be a member? That was the result of a long-running saga between a 'troublesome' overseas member from Australia who took up 'permanent' residence at the club while refusing to pay the full annual fee.

A county court judge has now ordered that the Sunningdale establishment must reinstate the 'unwelcome Aussie' as an overseas member and also pay him £475K. The contention that the overseas member had been kicked him out because he was spending so much time at the Club that he could not possibly be considered an Australian resident was dismissed.

An even more distasteful Court Case concerned a disabled golfer with one leg who was refused permission to use a buggy at Hartswood GC in August 2016 because he did not have a Doctor's certificate.

This one-legged player, a frequent golfer for over 20-years, had used golf as part of his rehabilitation when fitted with a prosthetic limb claimed discrimination because he was told he would not be allowed on to the course in a buggy without a letter from his doctor.

Unbelievably, the European Disabled Golf Association card he presented was not deemed acceptable; only a doctor’s letter would suffice.

On a more pleasant note, I can't allow Jack Nicklaus's 80th birthday on January 21st go by without comment.

In my mind, Jack is the greatest golfer of all time and not only because he has won more major titles (18) than anyone else in history. He is just as revered for his sportsmanship and contributions to the game as commentator, tournament host, course architect and devotion to his family.

Hard to believe today but as a young man Jack could be rude, prickly, petulant, dismissive and a hard to stomach know-it-all as those who were present when he paid a private visit to Ballybunion and the official opening of Mount Juliet, the course he designed in Kilkenny, will remember. Jack was in very bad form on both days.

Amongst his fellow pros he was called Karnak behind his back and it wasn't intended as a compliment.

As he matured and mellowed his popularity has grown to see him placed alongside with the once, hot-tempered and club-throwing, Bobby Jones, as the game's two greatest players on the course and finest gentlemen off it.

Many top sportsmen are so insensitive to an opponent's feelings they stay at arm’s length when they lose. Some will even try to put their competition down if given the chance.

Through all of Tiger's ups and downs on and off the golf course, Nicklaus always supported him publicly; insisting that Woods can still break his record.

Jack has never taken a verbal swipe at anything Tiger has done. While Tiger says: "I didn't have my A Game" when he loses and nearly always fails to give the victor much credit, Jack did the opposite.

Jack should not be solely regarded as the greatest winner the game has ever seen but also the greatest loser.

Every time Jack finished second in a major (19 times), he went out of his way to make sure the winner appreciated what he had accomplished. Even when it wasn't true, he'd say: ‘The best man won.’ Such generosity of spirit set Nicklaus apart.

Jack's legacy is extraordinary. In this part of the world, the gesture that has had the biggest effect is how he 'saved' the Ryder Cup, which was slowly dying because the USA were winning it year in, year out.

On his own, Jack came up with the idea of bringing the European Continental golfers into it. He approached the match officials in 1977 and suggested a change in format to include all of Europe, instead of just Great Britain and Ireland.

Seve Ballesteros had just arrived on the scene and it occurred to Jack that he should be playing in the Ryder Cup. Jack admits today, he had no idea that he was helping to create a monster and whenever U-S-A loses, he has moments of silent regret.