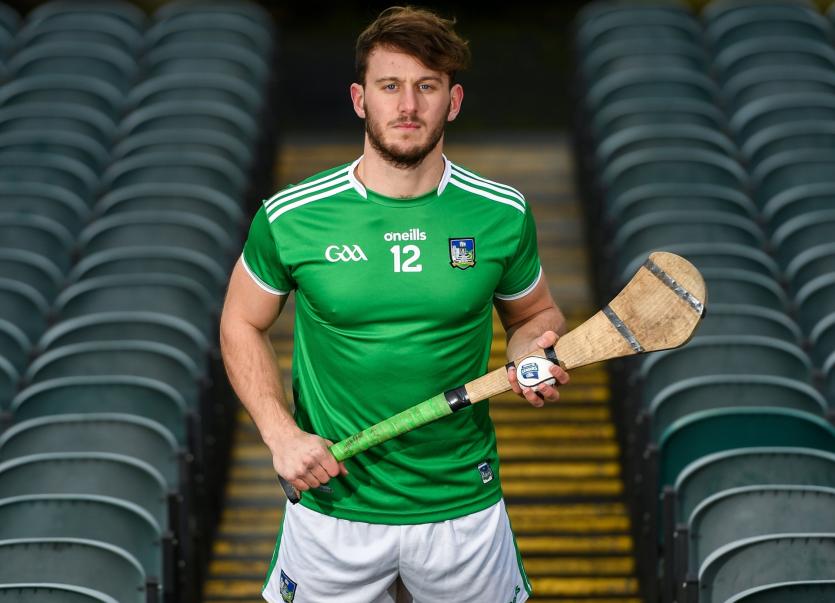 LIMERICK hurler Tom Morrissey to slow to suggest that video technology is the answer to ending all GAA refereeing controversies.

And, the Ahane man has twice been at the end of controversial decisions from officials in big games in Croke Park - a Hawk-Eye malfunction for a Barry Nash point in the 2013 All-Ireland MHC semi final and the '65 that never materialised in the 2019 All-Ireland SHC semi final against Kilkenny.

“To be honest, as a player I haven’t really put too much thought into it. I think, look, I suppose the game evolves, time moves on and with that, there’s technology coming into games so obviously it is going to be a discussion that’s going to be had," Tom Morrissey told media at an Allianz Hurling League event on Monday ahead of Galway's visit to the LIT Gaelic Grounds on Sunday.

In December, Limerick GAA's Annual Convention passed a motion looking to expand the use of video technology.

Tom Morrissey wants dialogue before any decisions at national level.

"Whether it should definitely be implemented or not, I don’t know, I’d have to seriously have a good think about it. I think Hawk-Eye is great. Obviously if it’s a definite score it helps hugely but, again, you look at the delay you have to get those decisions made, it does need to be used. If you were starting to implement that for every single call maybe in a game it would slow it down an awful lot and is that what spectators want and is that what players want? I’m not too sure," outlined Morrissey at the event in the Woodfield House Hotel.

The Limerick GAA motion was a fall-out from the closing stages of last July's All-Ireland SHC semi final defeat to Kilkenny, when John Kiely’s hurlers appeared to be denied a chance to equalise from a late ‘65.

"We did have a large sum of wides that day. Maybe, the fact it was last minute is why it is talked about a bit more. As players, we are not in this for excuses. We were out on the pitch for 75 minutes that day. One point, we had a number of chances to recover that margin. When it is humans that are making the decisions, you have to allow for human error. We make mistakes ourselves on the pitch. Unfortunately, there was a mistake that day by the officials but it is something we are not going to make excuses or cry about," said Morrissey.

A fan or Hawk-Eye but expanding video technology could be a step too far for the Limerick forward.

“I don’t know but if there is a decision to be made into it, you can’t jump straight into it. You need to look into an awful lot of things like how much is it going to slow down the game, how many times are there going to be for decisions like that in the game? There’s so much different variables that can happen in hurling regarding tackles, regarding calls like that, would nearly every call the ref makes be challenged and then you’re slowing the game down way too much."

He continued: "I can’t say whether I’d like it or not but I just think maybe there is too much scope in the rules, there’s too much variables that can happen and calls that one management team will feel should be a free and others not and how you control that is the thing so I think it’ll take too much time if you do enforce it for too much calls".