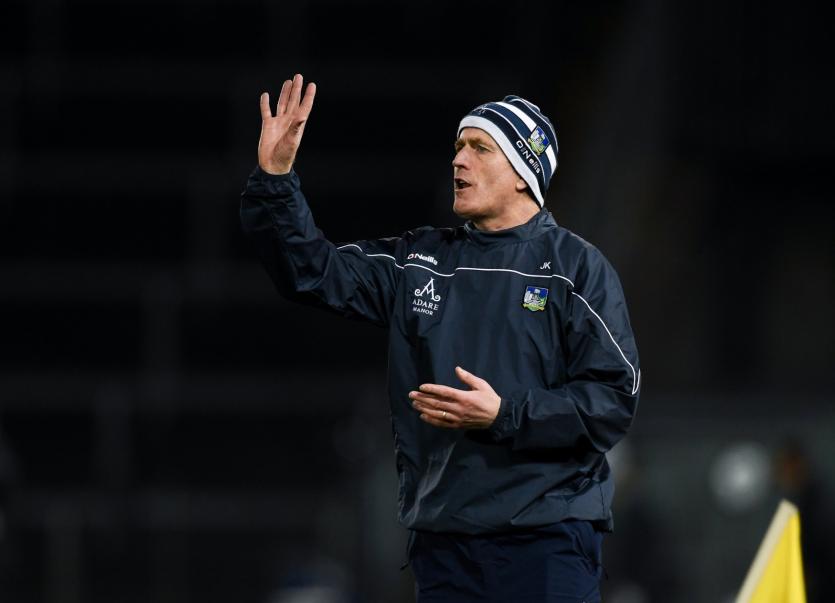 “THERE was no paint peeled off the wall!” revealed John Kiely of his half time team-talk that inspired Limerick overturn a nine point half time deficit to beat Tipperary.

“It was very simple and straightforward. Paul (Kinnerk) speaks with the players and talks about aspects of the game that we are not executing that well and after that we just asked them for an honest effort in the second half,” outlined Limerick manager John Kiely after the 2-14 to 0-18 win over Tipperary in Thurles.

“We had a chat about it at half time - a very short and simple conversation because we were not doing the basics of the game that you are expected to do. Unless we started to do them we can’t get ourselves a platform to play in the second half and find some scores. We looked for a good reaction from the boys and I think we got a real positive reaction - their effort went through the roof in comparison to the first half and we managed to get our hands on the ball and we managed to turn it over a few times and got to run at them and created some chances - while we didn’t manage to take them all, we did get enough,” said Kiely.

He has stressed that his side can’t give teams the head-start they gave Liam Sheedys’ side.

“Obviously we have a chance now in the next few games to make sure that what happened in that first half, doesn’t happen again,” he insisted after the Thurles win.

“Once I got a reaction in the second half I would have been happy. Had we ran out two point losers I would have got over it - it wouldn’t have been the end of the world.”

Limerick have games against Galway, Waterford, Cork and Westmeath to come in the Allianz Hurling League and Kiely insists he hasn’t one eye on the championship.

“I can tell you one thing - every team that goes out, wants to win every match and that’s a fact,” he stressed.

“When two teams go out onto a pitch it’s competitive - are teams going to use an awful lot of their panel, yes they are because they want to develop players and they have injuries and players playing Fitzgibbon Cup. That doesn’t mean that you are taking it any less serious from week to week - every team wants to win their game every week and that’s the bottom line.”

Kiely added: “No team is sent out without the expectation of victory - absolutely none. That whole idea of there being a phoney war or anything like that, well it’s not a phoney war because every game is there on it’s merits and everyone is going out to win each game that is played.”

"Bottom line, I think there are a awful lot of players playing in the league that would be damn glad of a National Hurling League medal when they are finished their days - whoever wins it will have earned with because they will have played eight games."