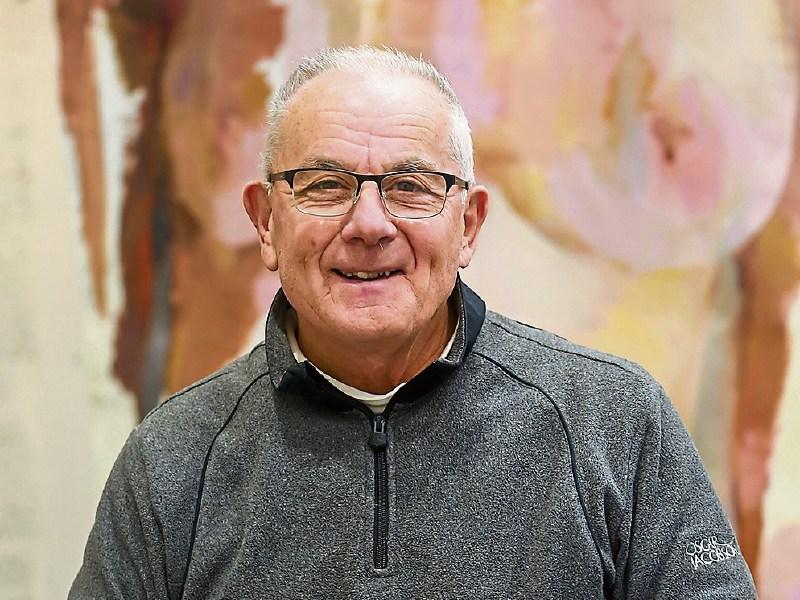 MUTT & Jeff paid me a long overdue visit last week. They heard the world as they knew it had come to an end. Rumours were circulating that I had given up golf.

I was observed walking in Corbally Fields looking pensive and forlorn and had not been seen in a golfing environment since well before Christmas.

They did not know that I am suffering with 'nerve entrapment' that originated in my neck/shoulder and travelled down my arm into my fingers. It isn't the worst injury I have ever endured but it has been the most consistently painful and debilitating.

With no power in my right arm, any efforts to hit a golf ball would be derisory; a good night's sleep impossible. I keep thinking that 'tomorrow it will go away' but it doesn't. I have undergone acupuncture, deep tissue massage, physiotherapy, shiatsu and chiropractic treatments. All of them helped but none of them has brought lasting relief. The body, it seems, takes its own time repairing itself. Being an impatient patient is pointless.

Mutt: what caused the injury?

Ivan: I don't know if there is such a thing but 'too much writing' is what I blame; spending too much time working at my computer. So, it's the writing I may have to give up; not golf!

Jeff: there you go again; over reacting. When will you learn to pace yourself? I heard you were working on a dynamic swing move to recover some of the distance you have lost because you won't accept you are getting old. Admit it, was that foolishness not the real reason?

Ivan: I'm satisfied that the hip move I was attempting to incorporate into my swing is natural and strain-free. No way could it have upset my nervous system.

Mutt: We knew you wouldn't be giving up anything that you love as much as you do. Hurry up and get rid of those aches and pains and go play! What I really want to know is what your crystal ball might reveal in advance of the new golf year?

Ivan: predicting the winners of golf tournaments before a ball is struck is next to impossible. However, I will say this: the loss of BBC golf coverage is a disaster that will be felt more acutely than ever this year. Fewer diehards, let alone casual observers, will see the major golf tournaments on TV. One wonders how much this loss will affect the game as a whole, especially long term? If a golf nut like me has stopped watching golf on TV, how about those who care little about the game?

Jeff: Sky Sports is for the birds and streaming via YouTube, NOW TV or Amazon TV is beyond my coping capacity.

Mutt: I wouldn't be surprised if the long-awaited Distance Report is delayed again.

The USGA and R&A have no stomach for a fight with the manufacturers whose 'fake news propaganda' maintains the game is thriving, especially amongst a younger demographic seduced by the aspirational joy of spending €550 on a driver to gain five yards off the tee. It's the sort of 'lie' that win's all argument these days.

Jeff: Bryson DeChambeau will soon admit that his 30-lbs gain off-season through gym and diet bulk-up has messed up his game. The proteins his team chose will be proven 'all wrong'.

His nutritionist, physio, chef, Trackman-carrier and upper-body masseuse will all be told: You're fired! It's unlikely long hours of fasting and meditation in the Californian Desert will see him lose enough weight and regain his form in time for The Masters.

Ivan: Rory McIlroy fulfils his grand slam destiny by winning the green jacket thanks to a hole-in-one on the 16th as his closest competitors Brooks Koepka and Tiger Woods both endure spectacular water hazard melt downs. Patrick Reed and his caddy are escorted from the grounds by a cohort of Pinkerton heavies after an unruly row breaks out between them and the normally decorous Augusta patrons who chant: ‘Cheat, cheat, cheat’, all the way down Magnolia Lane.

Rory also wins an Olympic gold medal for Ireland. As he steps onto the podium, the wrong anthem is played. President Michael D. Higgins faints!

Mutt: The Fedex Cup is suddenly withdrawn mid-season because the sponsor is miffed that its hometown event, the WGC FedEx St. Jude Classic is scheduled to clash with the JP McManus Pro Am, and all of the top players 'made promises' they wouldn't break. Fedex forgot pros cannot resist pressure-free junkets - especially if their wives are invited too.

Jeff: Live, in-play, gambling arrives on the PGA Tour. Caddies are the bookie's biggest customers and they quickly put them out of business because of their insider knowledge and ability to 'influence events'.

Mutt: Nothing for the good of the game will change, because the excuse 'to grow the game' overshadows everything. Golf has forgotten its roots, simple as. All that matters nowadays is making money.

Hell, isn't that what JP's Pro Am is about too? The only difference is the money stays in County Limerick.

Jeff: What happens at elite level is so remote it's meaningless to the way I play and enjoy the game.

I no longer care what the PGAT or ET do, even the major events are of little interest. I'll be exploiting my new WHS handicap of 50; hitting the ball from tee to green with my hickories and treating putting as an irritating inconvenience, while enjoying the walk and the company.