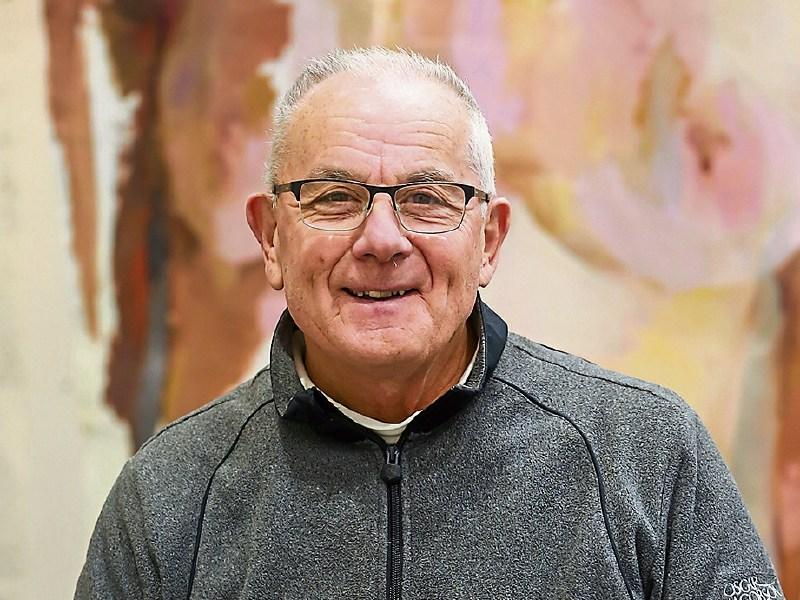 ALTHOUGH encouraged as a youngster, David Reddan (Nenagh GC) never took the game seriously. A goalkeeper with Kilruane-MacDonaghs and North Tipperary, he won divisional and county championship medals and also a colleges All-Ireland medal with LIT.

He represented his county from under-14s to minor level and won Munster under-age medals. While taking a break from hurling in 2013, Reddan took up golf again.

Slowly his passion for hurling faded and, in 2017, he decided to put everything into becoming as good at golf as he could possibly be. An impressive handicap of +1.9 at the beginning of 2019, in spite of being in receipt of 26 (.1s), his handicap dropped to +2.3 one year later, reflecting a lot of good golf played, most of it in scratch cup tournaments.

One must admire somebody who gets a buzz when on the trail of a low score or representing his club in a match when they know that all they will receive at the end of the day is a smidgen of glory that never lasts very long.

Rising at 6am every morning to get in some practice before going to work, then playing 18-holes in the evening (or indulging in dedicated skills practice) when there is enough daylight, takes commitment.

Wins in Scratch Cups at Loughrea, Kanturk, Roscrea, Nenagh, Athlone, Birr, Moate and Carlow may be confidence builders but they did not bring Reddan what he set out to achieve: a place on the Munster team.

Investing in golf becomes tricky if you are a working man with ambitions to get married and build a home. One does need some return on an investment if one's competition fees and club subscription cost €1535, plus €650 on diesel for travelling to 'away games'; €500 on food consisting of packed lunches David made himself to avoid having to fork out in between rounds.

Various overnight accommodations were also avoided as much as possible but cost €650; golf supplies (clubs, gloves, balls) = €1620; David also invested €500 (wisely) in lessons, which was money well-spent. That's a grand total expenditure of €5455.

In an all-out effort to save money, he didn't drink for six months. It helped his golf and he never felt fitter. While David won clothing and equipment prizes worth €550 and GUI vouchers to the value of €2330 it didn't pay the builder's bills.

He played in 20-scratch cup events away and in 30-odd singles competitions (at home).

Such a full itinerary is not family friendly.

Meanwhile, much younger elite panelists without any responsibilities are subsidized, receive the best coaching free; are kitted out from head to toe and are sent overseas a couple of times per year for free is hard to swallow.

Following a period of reflection, David has decided to suffer the cost one more time and continue his dedicated regimen for one more season “to see if the selectors will notice me?”

Working amateurs (like Reddan) will be interested to learn there are big changes in amateur status imminent. On equality grounds, the Californian Legislature in Sacramento has passed new laws across the range of all sports eliminating restrictions on amateurs earning money via their skill as a golfer.

Before the end of 2021, it is likely that prohibitions preventing any amateur sports person in the USA from earning endorsement subsidies for wearing branded clothing, playing with certain manufacturers equipment, working for pay at golf courses, in golf shops or, receiving remuneration for giving golf instruction will be declared unconstitutional. What happens in the USA usually happens here too, eventually. Can an art student sell any of his, or her, output to help defray expenses? Is a juvenile member of an orchestra paid for a public concert appearance whether they are a declared professional or not? Are apprentice footballers paid? Can't all tennis players (amateurs included) earn money prizes? Yes is the answer.

That once paragon of amateur sport, the Olympic Games, grants vast prize money to its champions these days. Let's not forget, it also did so with much fanfare back in ancient times (8th century BC to 4th century AD) long before Baron Pierre de Coubertain's charter declared higher ideals should apply.

To pre-empt the inevitable consequences of legislation, the USGA and R&A have simultaneously embarked on an in-depth study on how to modernise the rules of amateur status.

It is long overdue that amateur championship golf was seen as an expensive and unaffordable business.

Affordability, the lack of it more like, contributes massively as a barrier to many. I am glad that it seems closer to reality that amateur golfers may be allowed to compete with non-card carrying, golf industry professionals for money prizes (under license from their national ruling authority) soon.

As I see it, unless a golfer is earning his or her living entirely from playing in tournaments, he/she is not a professional golfer.

The label amateur golfer should be discarded but the term 'professional golfer' should be more strictly defined as someone who earns his living solely from playing the game. How that can be decided is easy enough. They will have earned the requisite card that grants them playing privileges on any pro tour.

I wouldn’t worry about too much money coming into top amateur golf. Nobody will put 'piles of money' into that level of the game.