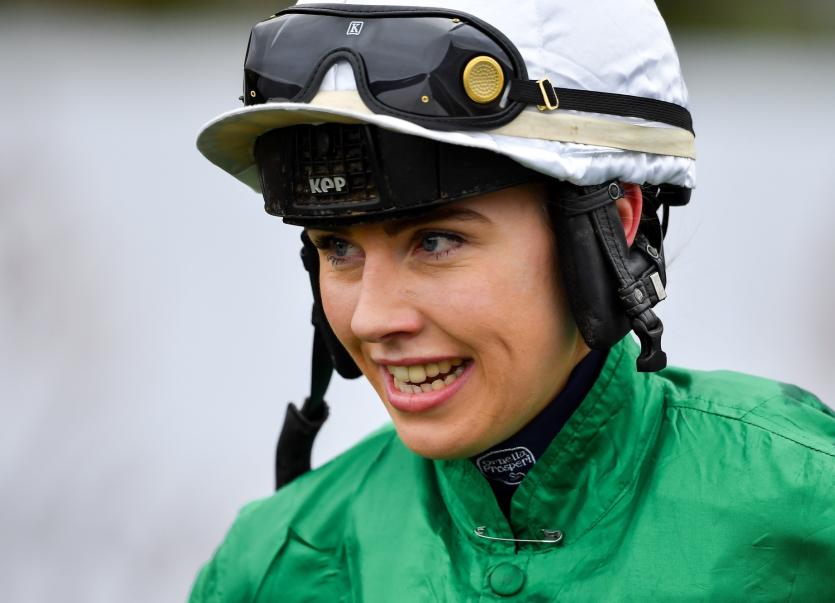 Askeaton amateur rider Aine O’Connor and Curragh trainer Edward Harty were successful in the ladies’ handicap hurdle at Fairyhouse on New Year's Day. They landed the spoils with the JP McManus-owned 9/2 chance Spruced Up which edged clear before the final flight to beat Comporta by 18 lengths. Conor McNamara rode his second winner for Gavin Cromwell in the space of three days and had his claim reduced to 5lbs when taking the ITM Stallion Trail January 10 & 11 Handicap Chase on Biddy The Boss. Owned by the Kilbriens Syndicate, the 7/1 chance was another determined winner, making all the running to score by half a length from the Gordon Elliott-trained Cheb De Kerviniou.

Envoi Allen was the star of the show at a packed Naas Racecourse on Sunday as Gordon Elliott’s star novice hurdler stayed unbeaten in the Grade 1 Lawlor’s Of Naas Novice Hurdle. The red hot 1/4 favourite took his tally to seven wins from as many outings on his first try at two and a half miles. The Davy Russell-ridden gelding was given a good test by the front running Elixir D’ainay but from before the last there was only going to be one winner as the favourite pulled away to score by three and a half lengths. Afterwards Gordon Elliott reported that his third winner of this race in the last four years would get entries at next month’s Dublin Racing Festival at Leopardstown but that he may head straight to Cheltenham where his target has yet to be decided.

Donie McInerney and County Meath-based trainer John McConnell teamed up to win the opening two races at Musselburgh on New Year's Day. They landed the four-year-old hurdle with 2/1 chance Never Do Nothing in the colours of Caroline Ahearn and followed up with the same owner’s Fred The Foot which won the 3m handicap hurdle at odds of 7/1. McInerney was riding at Musselburgh for the first time but McConnell is no stranger to success at the track and he also won the opening race at the meeting last year with Hannon.