Opinion: 'My memories of pitch and putt' - Ivan Morris 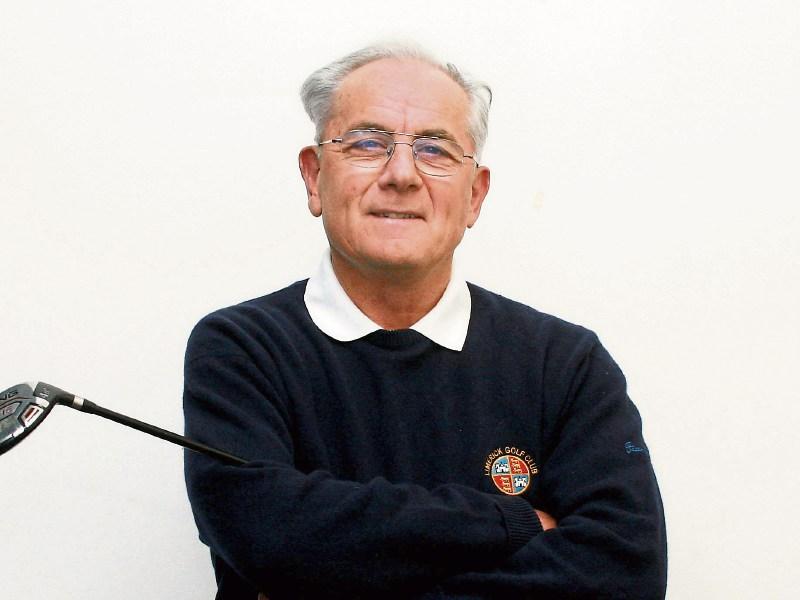 CYCLING the 10-kms or so from my home in Shannon Drive, Corbally to Ardnacrusha to play pitch and putt, remains a vivid memory from my early teenage years.

Built on the side of a steep hill with a babbling brook running gaily across the bottom, Ardnacrusha was both a delight and a challenge for my boyhood pals and I.

Going there by bike seemed like an all-day excursion that usually included packing a picnic lunch and taking a refreshing plunge into the ice-cold waters of the nearby Tailrace to finish off the day.

Before that simple pleasure, I would have felt the adrenaline rush of ‘letting out the club’ on a 'monster hole' that measured all of 75-yards uphill, at least thrice.

In spite of the rock-hard balls that golfers use today as opposed to the putty-like projectiles preferred by the exponents of pitch & putt, not to mention spring-like effect driver technology and game improving, perimeter-weighted irons, there is not as much difference between golf and pitch & putt as many golfers might think.

Success in either sport revolves around 'a confident mentality' and the ability to cope with the common inconvenience of knocking in those tricky 5-foot putts time after time.

The size of the hole is the same and keeping one’s nerve when holing out unerringly is at the business end in both games.

In P&P, it is all-out attack in the hunt for 2s. Pitch & Putters emphasize aggressive play and going after birdies on every hole; golfers (if they are wise) take a more restrained attitude and allow the birdies 'to come'.

Golf is a better game when its newcomers come to it through Pitch & Putt because they already have a good knowledge of the rules and etiquette, based on the R&A (golf) rules book.

Major champions, Graeme McDowell and Shane Lowry were introduced to golf via P&P and when they took full advantage of their magical short game skills learned playing P&P, they became major champions.

The origins of pitch and putt are totally Irish. The game began in County Cork in the early 1940s before expanding countrywide after WW2.

Nowadays, the sport has spread into Europe and is thriving in the Netherlands and Spain, as well as in faraway Australia, New Zealand, Argentina, Canada, Chile and China.

Far from being a 'poor relation', P&P may have a better long-term future than golf because of its economy of scale and sustainability on several fronts.

I played an unforgettable game of P&P in Stanley Park in Vancouver, Canada a few years ago.

A fellow with one too many beers on board playing ahead of us added to our enjoyment because of the ecstasies he went into whenever my daughter, Sarah or I, hit an approach shot close. He insisted on waiting beside the green to give his opinion on the line of our putts and even going so far as to offer to sink them for us.

While Golf Clubs affiliated to the GUI have lost something in the region of 25% of its membership in the past decade, the Pitch and Putt Union of Ireland bucked austerity by steadily growing its membership base.

There are 125 clubs affiliated to PPUI with over 12,000 members today while golf remains haunted by its comparative difficulty due to length and slow play problems.

P&P had problems with course length issues once too.

In 1959, courses in Leinster were up to and, in a few cases, over 1,000 yards long and an individual hole could be 100 yards long with three clubs permitted.

Munster courses were limited to 500 yards with holes only rarely exceeding 50 yards and only two clubs were allowed. When attempts were made to merge Munster & Leinster into an Irish P&PU, finding a compromise was not straightforward.

Many of the Munster courses were constructed in restricted areas and did not have the scope for lengthening. There was also the point of view that Leinster dimensions were more akin to Par-3 golf than Pitch and Putt.

The eventual solution found was a limit of 750 yards and an individual hole limit of 75 yards and only two clubs to be used, one of which must be a putter.

Later still, the maximum number of clubs was revised upwards to three once more; not a bad thing.

Be ready on the first to stand with club and ball in hand.

On the next being ready isn't hard, one drives off and the other marks the card.

Don't leave trollies in the way of those behind who want to play;

Keep up with players ahead of you, losing ground is strictly taboo.

Lost a ball? Not a clue?

Players behind you MUST call through.

In Stableford, you cannot score?

Pick up your ball and play no more.

If a slowcoach you must stay, PLEASE play later in the day.