Opinion - 'Getting away with being eccentric' - Ivan Morris 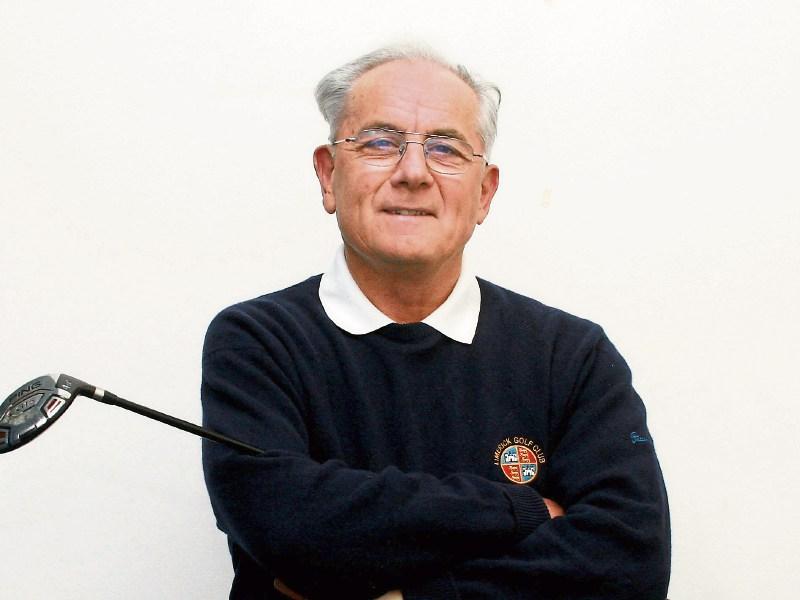 THE weather has been atrocious lately but I did manage to squeeze in one highly enjoyable round at my favourite winter course, Lahinch Castle, where I shot 77 with 7 hickory clubs. It was 7ºC too.

That's a lot of 7s with none on the card. Mind you, I didn’t know what my score was until after I hit my Deep Face Mashie second shot onto the 18th green. I shouldn't have begun counting.

I might have made the 'hole-able' putt if I hadn’t known what it was ‘worth’. That's the way to play golf! Just hit the ball and don't bother counting the score. (A Deep Face Mashie is equivalent to a modern 5-iron)

I reckon I'm now old enough to be as eccentric as I wish although some might say I was always a little bit that way and never one for following the crowd.

Seriously, and I am being serious, I like to play a very quick nine or twelve holes during the winter, which isn't always easy when there are other golfers on the course ahead of you.

Winter golf is more about “exercise and air” than playing flawlessly; enjoying the walk and relishing any good shots that you might manage to hit every now and again.

Playing with 7-clubs (or less) and making up shots as you go is so much fun. It's also surprising how well you can score.

You can become good very quickly at hitting 'knock down' 5-iron shots that travel about two-thirds of the distance they are supposed to when you are forced into manufacturing shots you'd never hit normally.

When I decide to play with a reduced bag of clubs, the fewer I bring onto the course, it seems the more fun I have although, it is true that playing on a links beside the sea suits that style of play better than playing inland.

Links golf allows one to make better use the ground and encourages a wider variety of shots than playing the game through the air. There’s something special about playing with fewer clubs that appeals to me.

I have always enjoyed hitting different shots, high ones; low ones; curving ones. I probably do too much of it especially when I don't have to.

Playing without my Distance Measuring Device is not as difficult as you would think. First of all, I never had one until relatively recently and I have been playing golf for 60-years.

Golf is played between the ears and too many numbers inside my head can confuse me. The usefulness of knowing the measured distance of every shot is exaggerated.

After all, what happens when you find yourself “between” clubs or, having a “bad” yardage; whatever that is?

I just try to hit the shot I see in my mind’s eye and feel it in whatever old golfing bones and muscles I still have.

I do score a little bit better when I play conventional golf and use my modern set of clubs, but I don't enjoy it as much because the score per se doesn't matter as much to me anymore. I'm no longer good enough to be worried about my score every time I play.

I can have a perfectly enjoyable game with as few as four clubs and you'd be surprised how many pars and even the odd birdie I can shoot.

The real fun begins when you are unable to reach some of the greens in regulation and have to knuckle down and concentrate on rolling three shots into two. That's the true essence of golf!

It makes me smile when I meet somebody on my way to the first tee and they say: "How many clubs today? Are they all hickories? You're mad! The game is hard enough as it is".

They are missing the point. Playing with a limited number of clubs is so enjoyable.

You have to think and use your imagination, not just get a yardage pull a club and whale away.

That's mindless! When I play with my hickories, I have to try to put my ball into positions that will make my next shot viable. It's the challenge of creating angles over boring automation.

I love my hickory clubs, but I have no feelings (or loyalty) towards my modern golf clubs, which I regard as utilitarian tools without souls.

I'd buy a new set in the blink of an eye but, my hickory clubs have individual personalities with shafts that speak to me.

Many of my frequent golfing companions say they'd be embarrassed to use hickory clubs. They say golf is humbling enough as it is. I say: It’s a humbling game whatever equipment we use, so why worry about it?

We shouldn't allow our egos to get the better of us! For the uninitiated, the difference in distances achieved with modern clubs and hickories is surprisingly little (10%) when using a modern ball.

With a gutty ball you could take at least another 20% off.

Word to the Wise

I'm having so much difficulty finding friends willing to play hickory golf with me that I decided to import them from overseas.

I am helping to organise an Irish Hickory Open to be played next June 9/11 at Ballykisteen Golf Club in nearby Tipperary.