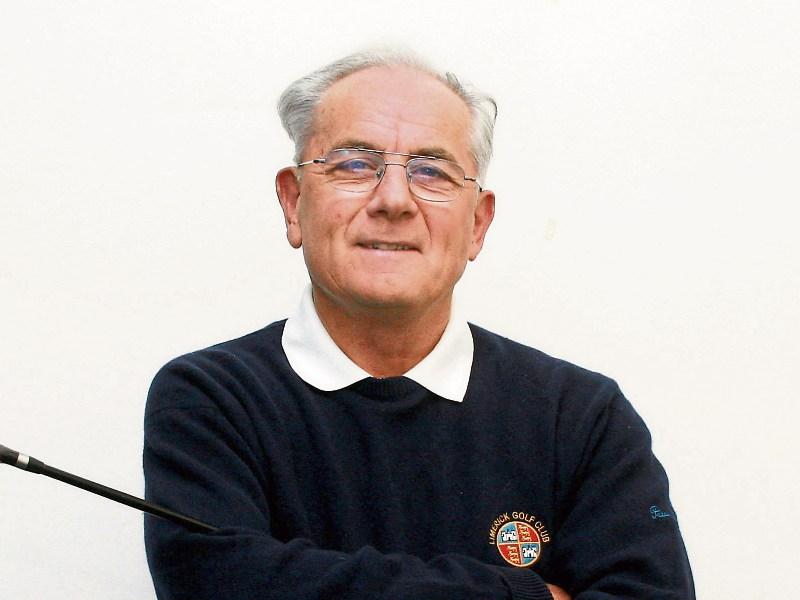 FROM time to time, I have been accused of 'negativity', especially when I have written on the theme that I am now about to embark upon. I don't think so, it's reality. The alarm bells have been clanging for 15 years, it makes one wonder if those in charge are of a similar mindset to those on the Bridge of the Titanic?

KPMG’s Annual Golf Participation Report for 2019 was published last week and it's no surprise to read that British and Irish golf club memberships continued to slide in 2017/8.

England, still with the most registered golfers in Europe, had a 1.63% drop.

KPMG did not include golfers who do not belong to a golf club, or those who have quit their memberships but still play, which might be a significant, if unknown, quantity.

An even more alarming statistic is that 20-years ago, 20 rounds per year justified an annual subscription, now it is 40. Question: What percentage of members actually play 40-rounds annually?

It's less important but extremely revealing that 47 per cent of members submit enough cards (three) to retain a handicap, while just 53 per cent play in formal competitions. It used to be that membership was the cheapest way to play golf regularly.

Now the non-affiliated golfer can play a plethora of courses for €20 or less on almost any day of the week, which is completely unsustainable. Golf clubs have conspired to bring disaster upon themselves in a self-defeating, 'price race' to the bottom.

With only 14% of the golfing population female, it is obvious that what golf needs most is not so much junior boys, but more women and girls taking up the game and, then, staying with it for life.

Leaving aside the handful of men only clubs, it's the so-called ‘sex equal’ clubs that are not genuinely accommodating towards their own women members who are most to blame.

Too often the excuse that subscriptions are too expensive is trotted out but, one needs to look deeper than mere cost to explain the decline in demand for golf club membership.

Life seems to get in the way to a much greater extent than it used to and a lack of time is compounded by the much increased length of time it takes to play 18-holes.

Parents have less free time and there are so many competing pastimes and attractions vying for a finite amount of disposable income. When I started golf in the early 1960s, golf was widely regarded as an 'old man's game'. Teenage golfers or golfers in their twenties were rare sightings.

Golf was for the 40-years old ups. It was the defining activity for the middle and declining years. Most avid golf club members had, and still have, a common story.

Having played every other sport under the sun, they sought a not overly-strenuous sporting activity as soon as their ‘real’ playing days ended.

Golf was seen as a gentle activity for the middle-aged that could be enjoyed long after playing other, more active sports is feasible. To be competitive (with the help of a handicap) into one's 60s and 70s was to have one's cup of joy running over.

Strangely, the demographics in most golf clubs today are seen as a problem, particularly when misguided initiatives to attract more young people into golf fail. Why is that such a problem?

Would it not be just as strategically advantageous if clubs realised the future would also be secure as long as sufficient new members in their 40s and 50s are recruited regularly to replace those dying off, or giving up the game due to ill health?

Golf needs to re-double its efforts to sell itself by drawing more attention to its biggest trump card as the ideal activity for a healthy and challenge-seeking middle and beyond age group with the promise that golfers live 5-10 years longer, if they play 18-holes twice a week (and they walk; not ride)

And, the best way to make sure that the more elderly members are having sufficient enjoyment is to shorten the courses by moving the tees forward.

Finally, instead of Golf Ireland investing its considerable funds (extracted from every ordinary club member) to send cosseted, ‘sham-amateur’ elites all over the globe in pursuit of 'experience' in the spurious hope that they might somehow become professional ambassadors for Irish golf, would it not be better if that money was re-invested in municipal golf and free of charge, countrywide coaching schemes for everybody?

Golf is a sport people tend to come to later in life when you have finished with getting lumps kicked out of you on the hurling, football or rugby pitch.