Opinion: 'My holier than thou attitude has changed' - Ivan Morris 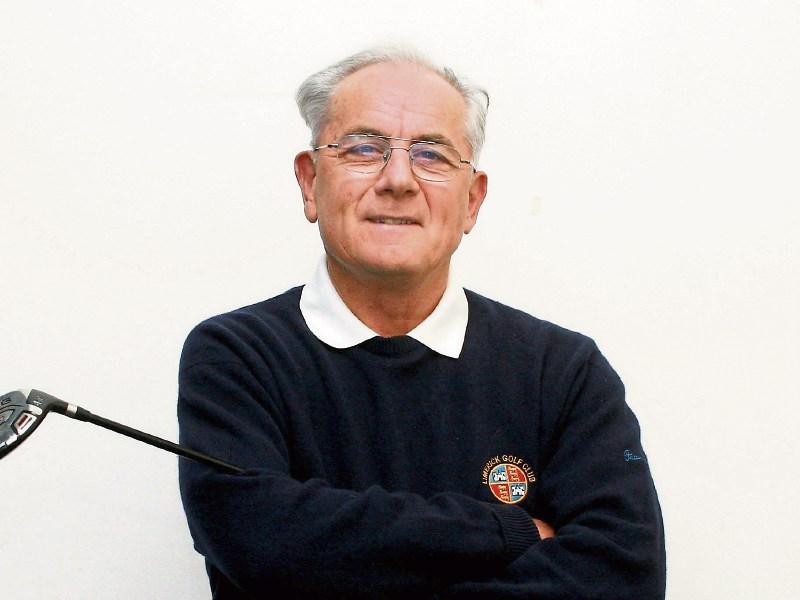 I’VE always been a stickler for the rules but my holier than thou attitude has been shaken not once but thrice within a week when, first, I found out that a golf hole can be completed in zero strokes or less.

It's not in the latest Book of Rules or the current Book of Decisions because so seldom any such incident has occurred but, under Rule 2-1/2, scoring a hole in one can be a pointless irrelevance if a higher-handicapped opponent does likewise with a stroke allowance.

It doesn't seem fair that if an opponent (with a shot) played first from the tee and holed out, one might as well skip on to the next tee as one would be time-wasting (a no-no in the rules).

With the handicap limit rising to 54 soon, it's possible that some golfer in the future could score a minus-2 nett or, in a stableford competition, record 6 points.

Then, it emerged that the Swedish golfer, Jesper Parnevik, was penalised on the PGA Champions Tour because a short putt reverse horse-shoed out of the hole and struck his foot; just one of those unfortunate situations that can occur but, Rule 11.1.b, states Exception 2 should have been applied.

The missed putt could have been discounted and replayed with no penalty accruing as long as the ball was replaced on the original spot.

Instead, Jesper incurred a penalty, not for his ball touching his body or equipment, but for proceeding to tap-in from the 'wrong place' when he did not need to. He could have replaced the ball and replayed the putt without penalty.

It seems extraordinary that the infamous 'Mulligan' is actually legit under this circumstance - When Ball Played on Putting Green Accidentally Hits Any Person, Animal or Movable Obstruction (Including Another Ball in Motion) on Putting Green: The stroke does not count and the original ball or another ball must be replaced on its original spot (which if not known must be estimated).

Then, there was the bizarre case of Lee Ann Walker's 58 penalty shots for allowing her caddy to line her up for her shots in the US Women's Senior LPGA Championship.

What struck me about this ‘mess up’ was what were her playing companions doing that it took them 23-holes before they discovered the infraction? Walker returned scores of 127-90 when the penalties were applied.

Professionals need to know the rules in great detail and, should play by them. How much they earn depends on 'fair play' and adherence to the rules of the game. For the rest of us an ‘ignorance is bliss’ approach is generally acceptable and works well enough. Indeed, knowing the rules too well can impede carefree enjoyment - if we allow it.

For ordinary folk ignorance of the full intricacies of the rules works fine until they are pulled up by some know-it-all (like me) who sometimes knows less than he thinks. Would club golfers not be better off ignoring obscure rules and just playing the game for healthy exercise and good fellowship?

When you pare golf down to its barest essentials you will find spending four hours or thereabouts taking gentle exercise in a state of relaxed concentration is too good for one's well-being to feel flagellated, frustrated and brutalised by confusing rules.

Hit the ball, watch where it goes, walk after it and do it again. If it ends up in a bad spot, give it a nudge into a position where you have at least a chance of playing a pleasurable shot and move on.

Too often golf is anything between three and five hours trying to control one's bubbling over nervous energy, interrupted by moments of vexation and exhilaration. If you let it, golf can be cruel, mental torture. Sometimes I wonder if it should be called a game, at all?

For all of that, golf courses are the best places I know for clearing my 'too busy brain'. Where, if I am having a bad day, I am able to look around and admire being in a lovely, manicured garden with the possibility of observing some wildlife in its natural habitat.

If I'm playing beside the seaside, all the better. A casual round of golf is wonderful therapy but playing strictly ‘by the rules’ in fraught, competitive situations can occasionally be so 'aggravating' its spoils the whole day.

The kind of golf I enjoy most is a disappearing luxury. I like playing alone without a scorecard, playing shots and watching where the ball goes; playing at courses that absorb me and me them.

It usually means playing solo early in the morning or late in a summer evening when long shadows are cast across the landscape.

I try to avoid courses clogged with golfers, all intent of scoring low and winning meaningless prizes. I always enjoy the time and space to play an extra shot or two - if I feel like it.

Walking around in a wide-open space; alone with my thoughts is not enjoyable when I am made too keenly aware of other golfer's presence nearby. Golf is about trying to do the best you can. It’s about companionship with other like-minded golfers, especially as you grow older.

No study has ever concluded we’ll be healthier and live longer if we spend more time watching TV or reading a book.

No matter what one's age, being enthusiastic and striving to get better (at anything) makes one happy. Play better golf, enjoy golf. Enjoy golf, play better golf.