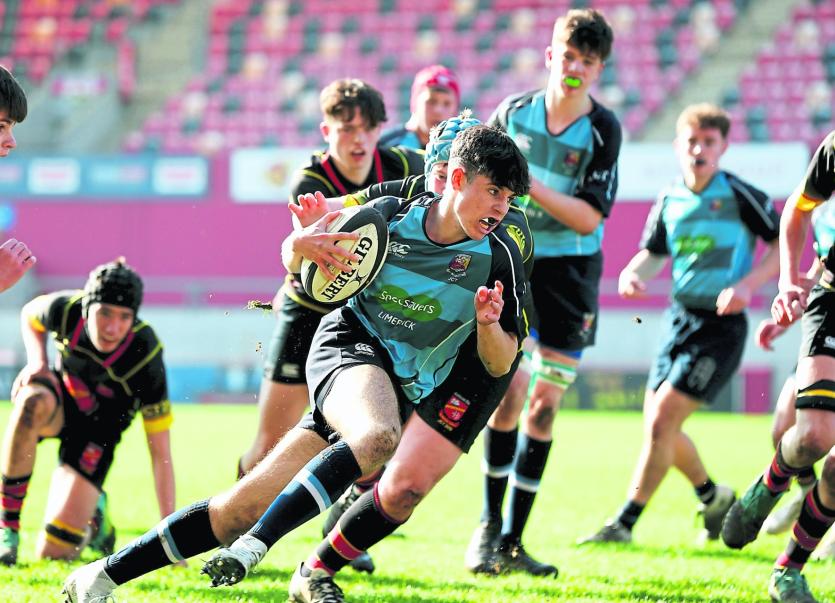 The derby fixture in the new-look Junior Cup will take place at Castletroy College at 2.30pm.

Teams in the Junior Cup are divided into two groups, Group A and Group B, and play a round-robin series of fixtures before the knock-out stages, scheduled for January 2020.

Crescent College Comprehensive defeated Limerick rivals St Munchin’s College 24-17 in an exciting Group A fixture in Dooradoyle on Wednesday. The game produced no fewer than six tries, three to each side.

On Wednesday, November 6, Árdscoil Ris host Crescent College Comprehensive in the second round of Group A fixtures, while on Friday, November 8, St Munchin's College entertain Castletroy College in Corbally.