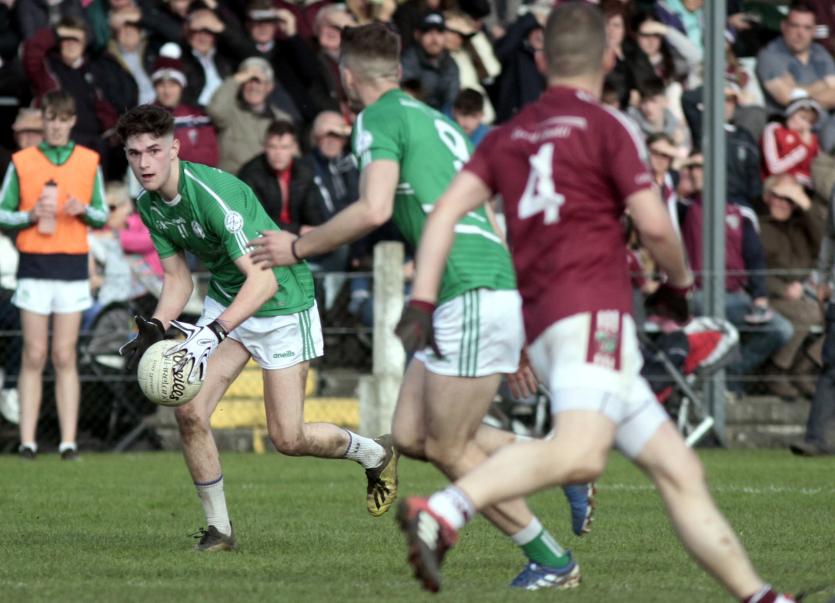 A last minute goal forced a replay in the Limerick IFC final between Gerald Griffins and Galtee Gaels this Sunday afternoon in Kilmallock.

Galtee Gaels looked on course for the title and promotion to the senior ranks until Gerald Griffins kicked the final four scores - including a dramatic 59th minute equalising goal from Paul Brouder.

The replay could very well be played as the curtain-raiser to the Limerick SFC final between Newcastle West and Oola on Sunday October 27 in the LIT Gaelic Grounds.

The Limerick IFC winners will be due into Munster club action on November 10 when they play Clare winners Kildysart or St Breckans at a Limerick venue in the provincial quarter final.

It was a half in which Galtee Gaels went 23-minutes without a score after a Bob Childs had opened the scoring.

While Paul Brouder had three first half points from play for Gerald Griffins, the late scores from centre back Sean McGrath and full back Maurice O'Sullivan kept Galtee Gaels in touch.

Nine minutes into the second half Sean Casey had a goal for the men in maroon - his shot from distance ending up in the net with Bob Childs jumping with the goalkeeper and defender in the goalmouth as the ball evaded all.

When captain Alan Condon kicked two points Galtee Gaels were 1-8 to 0-5 ahead.

Finally in the 20th minute of the new half, Gerald Griffins reopened their account with a Gerard Stack free.

That kick-started the late fightback with Galtee Gaels without a score in the final 12-minutes.

In the 59th minute it fell to Brouder to bring his tally to 1-4 and force a replay after a final where Griffins had 11 wides and Galtee seven.

* See the print editions of the Limerick Leader newspaper for a full match report.