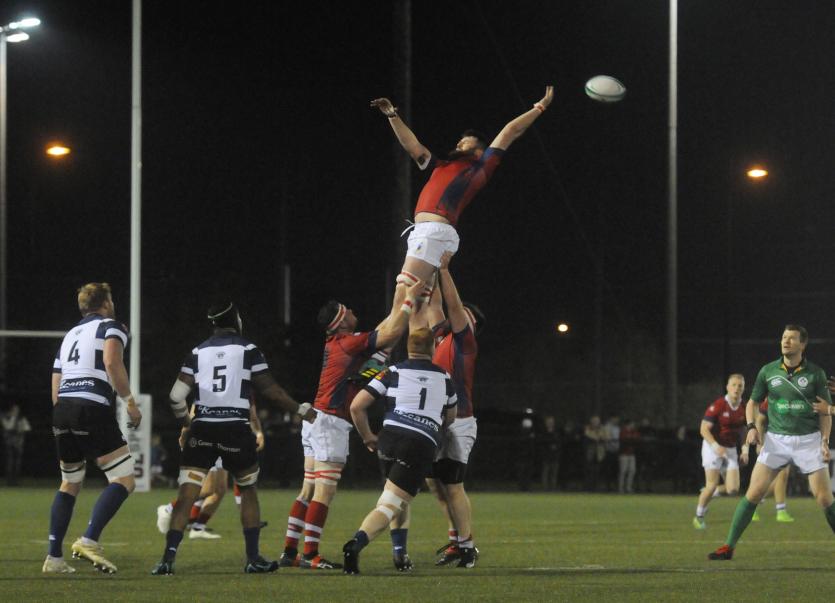 The winners, who played with a greater intensity and were on top at line-out time, outscored their opponents by four tries to one to score a thumping victory.

However, three second half tries helped Old Crescent turned the derby fixture decisively in the visitors favour to ensure the Rosbrien side got their new AIL campaign off to the best possible start before a very healthy attendance.

Matt Brown's Crescent side got off to the best possible start when Kevin Doyle helped the visitors into an early 5-0 lead, touching down from close range, after an excellent spell of controlled, patient, composed play inside the home side's 22.

UL-Bohs, who had finished one place and six points above Crescent in the 2A table at the end of last season, gained a foothold in the game when Alan Kiely landed a 23rd minute penalty to reduce the Rosbrien side's lead to 10-3 at half-time.

A third Crescent try followed eight minutes later when a neatly placed grubber kick in behind the UL-Bohs cover from out-half McKenna created the opening for hooker Hardiman to bag his second try of the evening.

McKenna added the extras to increase their advantage to 19 points at 22-3.

UL-Bohs gave themselves a lifeline on the hour mark when, following a scrum deep inside the Crescent '22, the ball was quickly moved left and scrum-half Kiely put Rory White over for a well-worked try.

The momentum swung back decisively in Crescent's favour, however, when the visitors grabbed the bonus point try.

Full-back Val McDermott created and finished the score himself when dinking the ball in behind the UL-Bohs defence before beating the retreating cover to the touchdown.

McKenna duly added the extras as wll as a 71st minute penalty to seal a convincing victory for the visitors.

Old Crescent return to AIL action next weekend with a home game against Dolphin, while UL-Bohs will look to get back on track when making the long trip to Dub Lane to take on Queen's University Belfast.