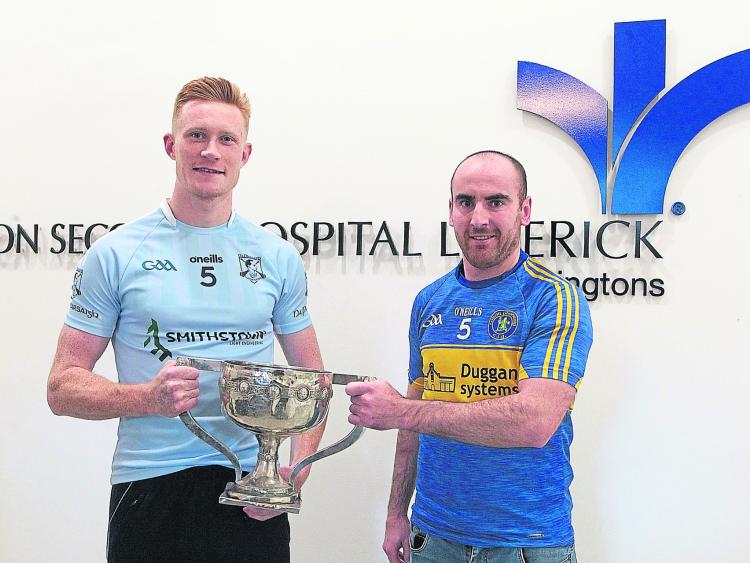 HISTORY is on offer for both Patrickswell and Na Piarsaigh in the LIT Gaelic Grounds this Sunday afternoon.

The ‘Well’ can go top of the roll of honour with a 20th Daly Cup title or Na Piarsaigh can complete a hat-trick of crowns for the first time with their sixth success.

Sunday’s Bon Secours Hospital Limerick SHC final is a repeat of the 2015 decider and will be live on TG4 at 3.30.

The curtain-raiser, at 1.45, is the Lyons of Limerick Premier IHC final with Blackrock and Kildimo-Pallaskenry battling to secure promotion to the senior ranks.

Across the last decade, Na Piarsaigh and Patrickswell have met seven times - the city side winning five, with the two wins for those in blue and gold coming in this season’s group game and in 2010.

Both have played six games to reach this final and neither arrive with a 100% record. The Mick Ryan managed Na Piarsaigh won five and lost one (to Patrickswell!), while the Ciaran Carey managed Patrickswell won four and drew two.

A look across the two teams shows that Brian Murray is the only Patrickswell player to hold two Limerick SHC medals (2003 and 2016), while Na Piarsaigh duo Padraic Kennedy and Kevin Downes are in line to start their eighth Limerick SHC final.

The reigning champions from Caherdavin will be without long term injured Shane Dowling and Jerome Boylan but they will have Ronan Lynch available after he successfully appealed his semi final red card.

Patrickswell are bidding for a first since 2016 and will look to inter-county trio of Cian Lynch, Aaron Gillane and Diarmaid Byrnes to lead the charge, while Na Piarsaigh’s bid to match Adare hat-trick of 2007-09 wins, will be backboned by Limerick stars William O’Donoghue, Casey brothers Mike and Peter, David Dempsey and Kevin Downes.

The bookies make the champions the 2/7 favourites to win another title, while Patrickswell are priced up at 3/1.

The new champions will play in the Munster club SHC on November 10 in a semi final tie against the Clare champions (Sixmilebridge or Cratloe) or the Waterford champions (Ballygunner or De La Salle).