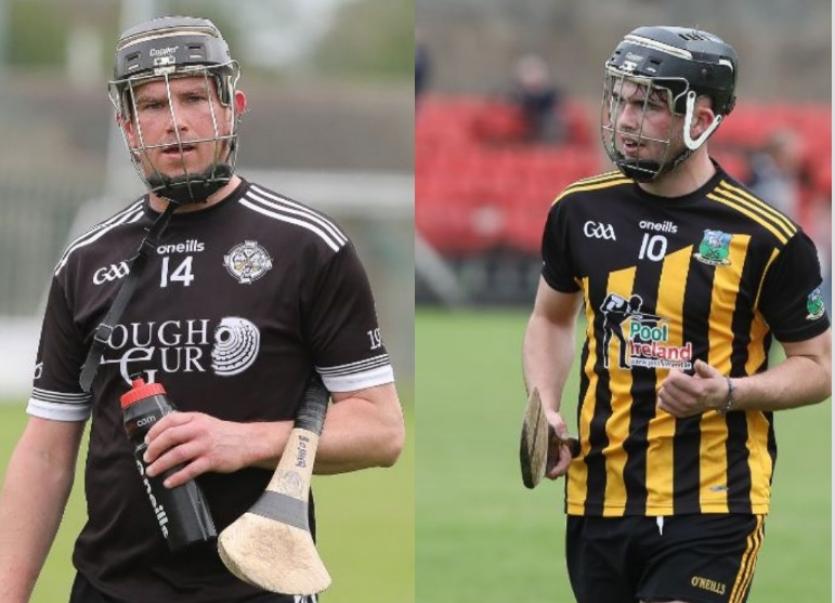 RELEGATION was the issue at hand when Garryspillane met Knockainey in Sunday's final round group game in the Limerick SHC.

The sub-plot was a father and son playing in the same game - more uniquely, they were in opposition!

Both south Limerick rivals were looking for the first win of the championship that would maintain their senior status.

In the end it was Garryspillane that inflicted defeat on Knockainey, who will drop to the Premier IHC in 2020.

So bragging rights for a teenage Dylan O'Shea over his father, Brian.

Dylan wore the no10 jersey for Garryspillane and hit 0-8 (6frees) in their 0-18 to 1-8 win. Dad Brian wore the no14 jersey for the All Blacks of Knockainey but didn't get on the scoresheet as his side suffered relegation.

So what of the family dinner later that afternoon?

“I don't know what will be said,” said teenage Dylan.

“We'll have to wait and see. Maybe nothing at all but there might be an elephant in the room," said Dylan, who played with Limerick in the Munster U20 championship this Summer.

Any words of solace for his father?

“Have fun in retirement!" he joked.

“We were the better team on the day and we deserved it. It showed on the scoreline. It made up for a couple of disappointing displays in the last two rounds. Especially after a good start to the season. It was time we clicked and played a good game. It came at the right time for us and we're happy out," said Dylan of the Garryspillane season - their first back up in the senior ranks after promotion last year.

“Feels great to be staying up. Now we can look forward to next year and give it a good rattle. If we can build on it,
hopefully we could get up there with the likes of Na Piarsaigh and Doon," said Dylan, who starred in the Harty Cup in recent seasons with Hospital's John The Baptist Community School.

What of dad Brian?

“In fairness, Garryspillane were better today so we can't really begrudge them. It wasn't our day and best of luck to them. They've a lot of young fellas coming up so they probably deserve their senior status," said the long serving Knockainey hurler.

He added: “We lost some of the earlier matches by a point or two and we drew one. They were the ones we needed to get over the line”.

Both sides arrived in Kilmallock last Sunday winless after four rounds of action.

“The worst team to be playing in a game like this is your neighbours," said Brian.

What of playing against his son?