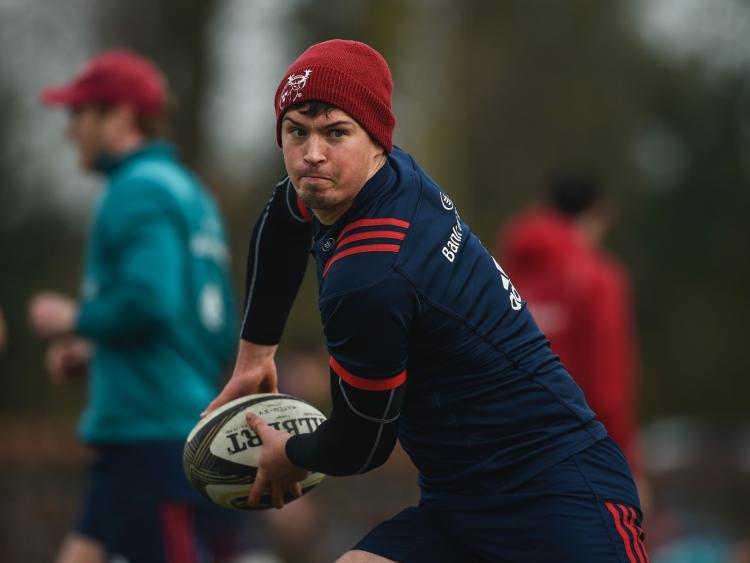 Jack Stafford in training this week

Rob Hedderman starts at full-back with Matt Bowen and Wren on either flank.

Tynan and Louis Bruce form the centre partnership with Jack Stafford and Ben Healy in the half-backs.

James French, Buckley and Corrie Barrett are named in the front row with Kevin Seymour and Paddy Kelly in the engine room.

David Hyland, Jack Daly and Cian Hurley complete the side.

Co-captain Eimear Considine retains her place at full-back with Stephanie Carroll and Laura Sheehan on the wings.

Ciara Scanlan moves to outside centre as Niamh Kavanagh starts at inside to complete the partnership.

Rachel Allen is named at out-half alongside Nicole Cronin at scrum-half.

Co-captain Chloe Pearse moves from the back row to the front row and joins Edel Murphy and Fiona Reidy.

Sarah Garrett comes into the second row alongside Roisin Ormond.

Ciara Griffin makes her first start of the competition lining out at openside with Grainne Fennelly coming into the blindside flank and Sarah Quin named at Number 8.