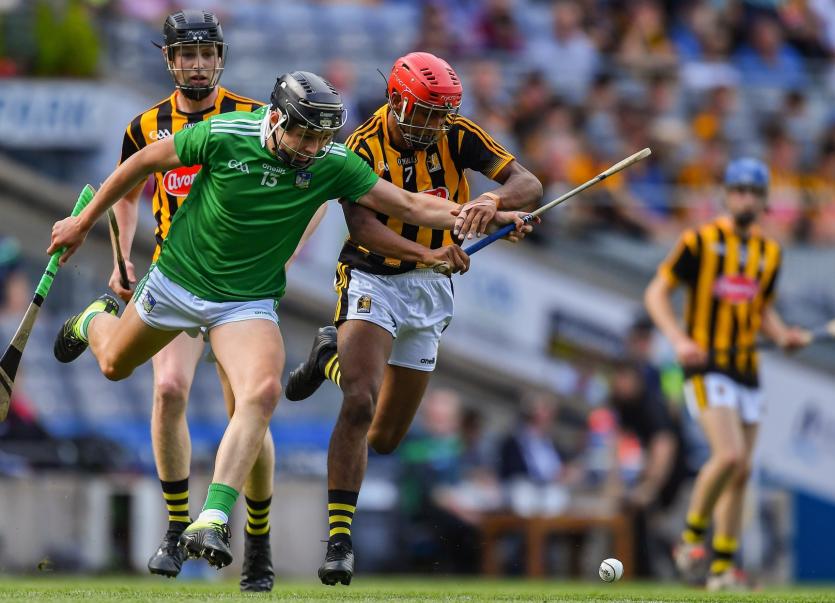 LIMERICK'S dreams of reaching a first All-Ireland minor final since 2016 were shattered by a slick Kilkenny side at Croke Park on Saturday as the Munster champions succumbed on a scoreline of 2-24 to 0-18.

The concession of two goals, including one inside the opening 40 seconds of the game, left Limerick chasing the game for large spells.

Limerick trailed by just two points, 0-13 to 1-12 at half-time and remained strongly in the contest.

However, the concession of a second goal to Kilkenny corner forward Billy Drennan 12 minutes after the restart left eight points between the teams, 2-17 to 0-15, and sucked the life out of the Shannonsiders.

Against clinical opponents who had improved significantly from their Leinster final defeat four weeks ago following All-Ireland quarter-final qualifier outings against Clare and Galway, Limerick lack the sharpness and assuredness that had characterised their march to Munster final glory.

Perhaps that four week lay-off from competitive action since their provincial final win over Clare at the LIT Gaelic Grounds told against Limerick, but whatever the reason, the Shannonsiders lacked the sharpess, cohension and composure that had won them some many fans through the earlier part of the summer.

Limerick made one change to their starting line-up from the side which beat Clare in the Munster final as Michael Cremin replaced Patrick Reale.

Captain Michael Keane and Diarmuid Hegarty both miss out injured.

Limerick got off to the worst possible start when conceding a goal inside the opening 35 seconds of the game. Kilkenny attacker Timmy Clifford broke past a couple of attackers, before flicking the ball inside to Jack Doyle who rifled a terrific shot to the back of the net.

The score was a real body blow to the Limerick side which had not played any competitive game since their impressive Munster final win over Clare four weeks ago, while Kilkenny had had competitive qualifier games against both Clare and Galway.

In the circumstances it was understandable that it took Limerick some time to settle into the game. Kilkenny led 1-2 to 0-2 after six minutes, with sharpshooter Cathal O'Neill knocking over both Limerick points from play and a free.

Limerick rallied over the next five minutes to the game to draw level, 0-6 to 1-3, with Patrick Kirby, Eddie Stokes, Jimmy Quilty, from a huge distance, and O'Neill, free, all pilfering points.

The see-saw nature of the game continued as the points went score for score. However, Limerick did have an over-reliance on Crecora Manister clubman O'Neill for scores, although Aidan O'Connor shot over some excellent points from play from corner forward.

The sides were level three more times in the half, up until Kilkenny edged their noses in front 0-10 to 1-6 after 20 minutes.

Kilkenny finished the half the stronger to lead 1-12 to 0-13 at half-time.

The concession of a second goal to Kilkenny, scored by lively corner forward Billy Drennan in the 42nd minute left Limerick facing an uphill battle as they trailed by eight points, 2-17 to 0-15.

There was simply no way back for Limerick over the closing minutes as Kilkenny sealed an impressive victory, knocking over some excellent points in the final quarter to freewheel to victory.