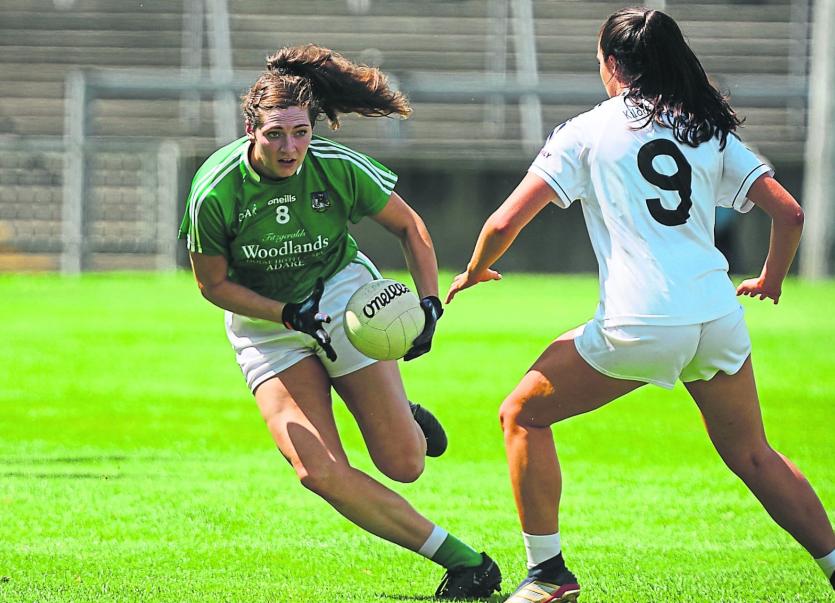 After the 10-point defeat to Kildare in round one, Limerick suffered this seven point loss to Down last Sunday.

John Ryan’s Limerick must now win away to Sligo this Sunday if they are to avoid finishing bottom of the four team group table and getting dragged into a relegation play-off.

Only a return to winning ways on Sunday (2pm) in Kilcoyne Park in Tubbercurry against Sligo will see Limerick clear of a potential drop straight back down to the junior ranks.

Laois, Wicklow, Longford, Offaly and Leitrim are the other sides currently attempt to battle off relegation trouble.

While Limerick have lost to both Kildare and Down, Sligo did earn a round one win over Down and victory over the girls in green can book a quarter final spot for the Connacht side.

Last Sunday in St Marys GAA grounds, Burren, Limerick were first to score but a goal from Natasha Ferris, who finished with 1-4 in total, helped the home side to lead at the break 1-4 to 0-5.

Limerick scored just three points in the second half and a Jessica Foy goal sealed the Down win.

Limerick started the game with three dual players Rebecca Delee, Roisin Ambrose and Niamh Ryan in the starting line-up in Co Down.

Less than 24-hours previous all three started when Limerick lost to Kilkenny by 19-points in the final group game in the Liberty Insurance All-Ireland Senior Camogie Championship in Callan, Co Kilkenny.